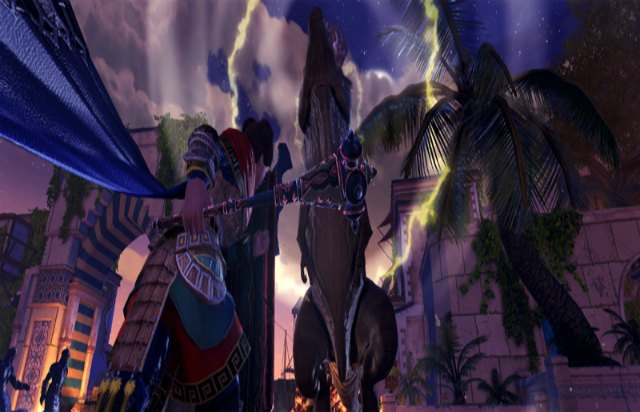 Last night’s downtime patch on Neverwinter has brought the Swords of Chult update to the game. The latest update adds some quality of life changes on top of gameplay tweaks that players have been asking for.

First and foremost, PvP has been tweaked. Tenacity is completely removed from the game and will no longer affect competitive gameplay. Armor penetration and CC has also been tweaked. In addition to those, there’s brand new PvP gear on top of that Solo queue that everyone wants.

Outside of PvP, players have access to new PvE content in the form of a Skirmish. Of course, no update is ever complete without a brand new Lock Box. This time, you have a chance to win a Legendary Flying Carpet and another dinosaur companion. More details below: