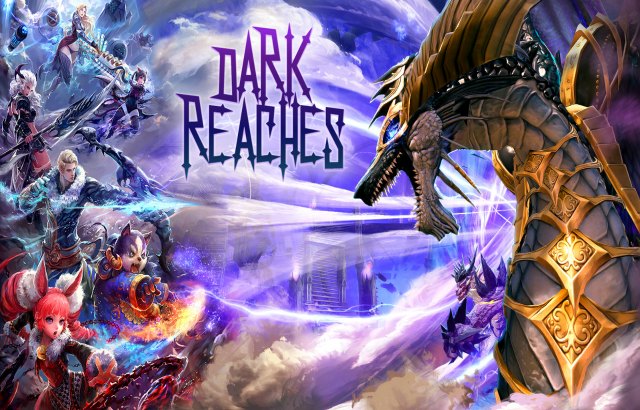 The Dark Reaches Update is now live on TERA, the free to play action MMORPG by En Masse Entertainment.

Now every class in TERA can reach their full potential with Apex skills. Apex skills are unique and powerful class-specific abilities that add new ways to play and specialize in various combat roles. To unlock these powerful new Apex skills players must be level 65 with an item level 439, at which point they can travel to Highwatch and start the Velika Banquet quest. Beat the Apex questline and earn new skills!

Put these brand new Apex skills to the test in two new dungeons—and earn some loot and enchanting materials in return! First, unmask the leader of the Red Raiders and uncover a secret faction within their ranks in Dark Reach Citadel, taking on the element-changing golem Apetus. Then, fight the secret faction of the Red Raiders, defeating their leader, and putting a stop to his abominable plans in Grotto of Lost Souls.

The Dark Reaches update also brings update to some of TERA’s features starting with the compliment system. Experienced veterans can now help out new and returning players by enrolling in this program in-game to mentor, assist, and play as a team. As a reward, players can receive “compliments” from those they mentor. Get connected via Instance Matching to have an opportunity to get involved! On top of all this, PC players will receive TERA’s streamlined new UI, designed to be faster and more intuitive.

Don’t forget that the annual Halloween-themed Harvest Festival is live on PC and runs through November 1! Visit Serena in the Eldritch Academy to get the festivities started and earn Halloween Candy that can be redeemed for mounts, costumes and more.

For more on the Dark Reaches update on TERA PC, visit the promo page on the TERA site here.