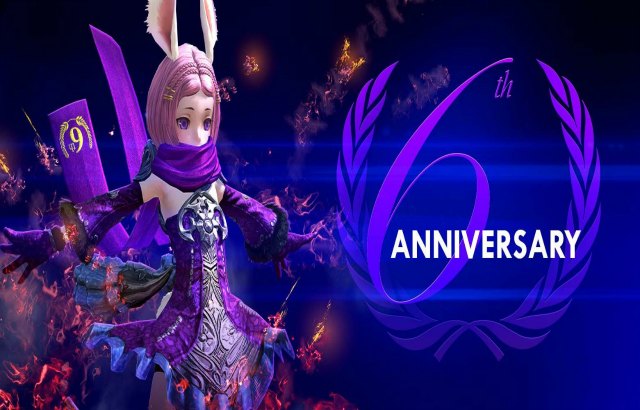 En Masse Entertainment, a player-driven publisher focused on delivering great games and great service, is celebrating the Sixth Anniversary of their flagship True Action Combat MMORPG, TERA, which launched to critical praise on May 1, 2012 and continues with strong franchise success from its launch on PlayStation®4 computer entertainment system and the Xbox One, the all-in-one games and entertainment system from Microsoft on April 3, 2018. TERA players on PC can look forward to a month of in-game and community events and sales to help celebrate this milestone.

For TERA players on PC the month of May is packed with a variety of in-game bonus events and En Masse hosted community events and sales on En Masse Points (EMP) and story items, with secret mystery items of titanic proportions to be released during the month. Players can look forward to in-game events spanning the return of the rare Terrons, bonus rewards from dungeons and battlegrounds, and the brand new double guild rewards event!

“We couldn’t be happier sharing this milestone with our dedicated PC audience who began this journey with us back when we first launched TERA,” said Senior Product Manager, Matt Denomme. “Between the recent launch of TERA on PlayStation 4 and Xbox One and the major Godsfall update on PC, TERA is celebrating its sixth anniversary in a major way. And there are no signs of stopping! We have plenty more exciting things planned for TERA during the remainder of 2018 and beyond. I can’t wait to share the next six years with our awesome players!”

The community team will be hosting events both in and out of game throughout the anniversary month, including new screenshot and loading screen art contests for creative TERA fans. En Masse staff will be in-game throughout the world during weekdays, excluding Monday May 28, handing out anniversary scarves to players who find them politely request one. The team will be posting weekly updates detailing which servers and times they will be in-game handing the scarves out, so players are encouraged to keep their eyes on the TERA homepage for their shot at the free limited time goodie!