TERA Players Can Ascend To Level 70 With The New Skywatch: New Heights Update On PC

TERA Players Can Ascend To Level 70 With The New Skywatch: New Heights Update On PC 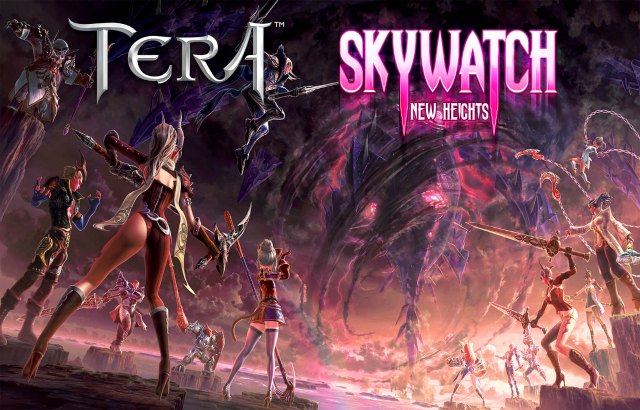 En Masse have released the “Skywatch: New Heights” content update for the PC version of TERA, their flagship, True Action Combat MMORPG. Fresh challenges await both new and veteran players as they journey to the updated level cap of level 70. Things kick off with level 65 players receiving “The Nightmare Begins” quest-chain, which will help guide players as they level up.

The  signature BAMs (Big-Ass Monsters) of TERA are more threatening, and rewarding, than ever with the introduction of Field BAMs. These monstrosities are much larger cousins of the BAMs players are familiar with, spawning randomly throughout the world of TERA, and all players who contribute towards downing one of these deadly enemies are eligible for experience and loot!

Skill Advancement uses experience items earned from downing Field BAMs, Vanguard Requests and other sources to gradually improve a skill’s performance, with player’s eventually unlocking up to three alternate versions of select skills. These new skill versions can be freely changed any time players are out of combat, allowing them to tailor skills to suit a diverse array of challenges.

The Gear Fusion system allows players to combine two pieces of gear together, consuming one of the  items and granting additional stats to the other. Additionally, once players hit level 66 they unlock two new gear slots—for Halidoms and Relics infused with the power of the gods!

Rounding out the update, the dungeons of TERA have received a considerable overhaul in response to player feedback. Instead of limited number of daily entries, characters now receive a weekly supply of Adventure Coins to enter dungeons. The cost to enter a dungeon scales based its difficulty, and Adventure Coins regenerate whether or not a player is online, granting them more flexibility on how they spend them and when.

This  update also includes 7-player variants of Antaroth’s Abyss, Grotto of Lost Souls, and Dark Reach Citadel; as well as solo variants of Bastion of Lok, Sinestral Manor, and Cultists’ Refuge. Additionally, all level 20-60 dungeons have been rebalanced for 3 players of any class, removing the matching requirements for tanks and healers.

“Skyreach: New Heights” lays the foundation for TERA updates on PC throughout this year, with more content, features, and systems to be released in the coming months.