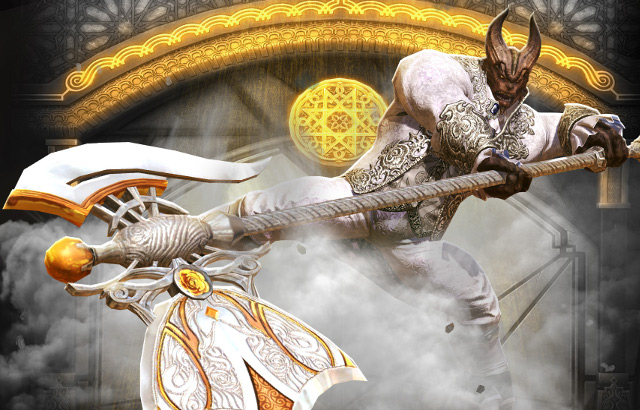 The New update, Tera Sword & Hoard has revised and improved the Warrior class. The free update has also arrived with some other new features.

The warrior class was finally revised and modified. The developers have tweaked the class so that the skills have been adjusted. The changes are aimed at making the Warrior more effective against AI enemies and also better for competitive play against other players.

A special leveling event is currently ongoing for the Warrior class. All players who start a new Warrior and level it to level 15 will receive a Sword and Hoard Leveling Event Box.

The box opens when the Warrior reaches level 65 and the loot box contains a variety of items.

The update added a new type of armor to the game: Circlets and Diadems. They fit in the cosmetic head slor and can provided special bonuses. Circlets also have a special bonus called Concentration which restores health with each hit.

This update also comes with some changes to the Noctenium system. Refined Noctenium is now much stronger than the original and grands a random skill bonus in addition to the other effects.

The final addition with this new update is the inclusion of modifications to the Accessories in the game. Sword and Hoard has added a way to fine-tune accessories which allows layers to create more high-end jewelry.

Creating high-end jewelry comes with an added bonus as they have better stats and new effects attached to them.

On the official website here you can find the full patch notes for the Sword and Hoard update.