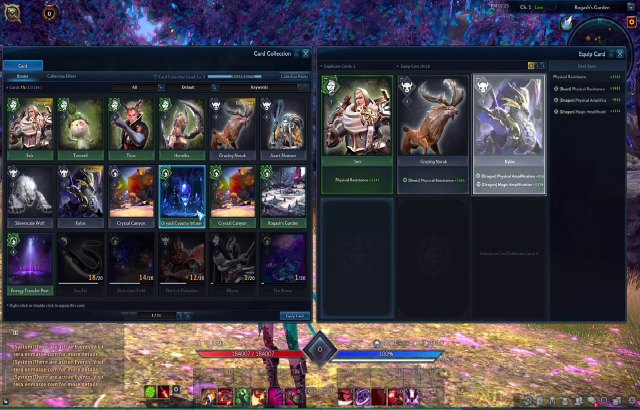 TERA players, prepare yourselves for the final Skywatch update – Aerial Island which arrives next week on October 15th. The upcoming content release closes out the ‘Skywatch’ series of updates for the game brings a new landmass for players to explore and new systems that enable players to enhance and customize their characters. Besides the brand new map and PvE content, TERA will also introduce a new feature for players.

The newly announced Card Collection system gives players another way to empower their characters and customize their statistics to fit their preferred playstyle and role. With an introductory quest available to characters level 11 or higher, players of all levels can benefit from their collection across all characters on the server.

Players can earn card fragments while engaging in their usual activities including completing dungeons, killing Big-Ass Monsters (BAMs), and playing PvP modes, combining 20 card fragments together to unlock a full card for their collection. Each individual card will grant passive stat boosts for the character, with certain card combinations unlocking more powerful buffs. For example, collecting enough card fragments for the Seer card will boost your character’s Physical Resistance. If you manage to pair the SEER card with another one that’s needed for the meta collection, that stat will get a further boost.