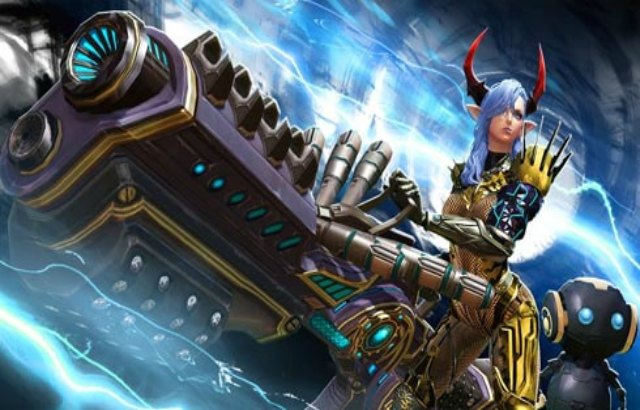 En Masse Entertainment announced today that the most explosive character for TERA – the Gunner class – will be launching June 26 on Xbox One and PlayStation®4. Best described as a highly-mobile “artillery cannon,” the Gunner class can mow down mobs of enemies with her massive Arcannon.

In celebration of the upcoming Gunner class release, En Masse has announced a special 33% off discount for TERA Founder’s Packs on Xbox One starting today through June 18.

Following the sale, these Founder’s Packs will retire from the PlayStation and Xbox Store in favor of several new DLC packs. Launching today, these new DLC packs contain flying mounts that allow players to explore the world of TERA like never before—from the sky! For more details on the in-game items available in these TERA DLC packs, please visit tera.enmasse.com .

If you’re a hot shot, spell GUNNER in-game to score a costume and weapon skin for your character!

TERA fans excited for the new Gunner class can unlock some items for their Gunner as part of a special pre-launch event. Starting today, TERAplayers can participate by completing specific in-game objectives that can earn them a different letter to spell “G-U-N-N-E-R.” Once completed, TERA players will be rewarded with a Golden Will Suit costume and an Arcannon of Mettle weapon skin! More details on the TERA Pre-Gunner Reward Box in-game event can be found at tera.enmasse.com .

The Gunner is a fast-moving, ranged class that excels at high-DPS output and is built for clearing out mobs with powerful area-of-effect attacks. But they’re not just a one-shot class… in addition to being at home as a ranged fighter, the Gunner boasts heavy armor and impressive close quarter combat skills that make them a deadly threat no matter the foe. Add in a bit of girl power and the ability to summon specialized constructs, and you’ve got “True Action Combat” on steroids.