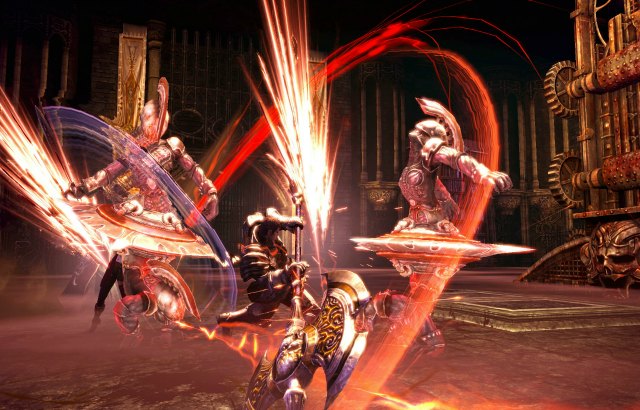 En Masse Entertainment has announced that TERA’s XBox One and PlayStation 4 players will find new ways to fight when the mighty Valkyrie lands in game on January 8, 2019. This hard-hitting, quick moving, big damage heroine is a master of action combat and is ready to take on all comers, BAMs included!

Armed with her deadly runeglaive, the Valkyrie is part of an ancient Castanic fighting tradition that favors pure action over stealth and subtlety. Each time a valkyrie strikes her target, she leaves behind a runemark—a kind of brand—that she can trigger later to deal devastating damage to the target (or fuel some of her most potent skills).

Players will be able to take part in a Valkyrie level up event with some amazing in-game items awarded along the way plus double EXP for the first week after launch. We’ll be providing more details about all the potential goodies in the coming weeks.

But that’s not all! In celebration of the Valkyrie’s launch, all players who log into TERA before Friday, January 25th will receive a free Character Slot to be sure to have room for the awesomeness that is the Valkyrie.
YT LINK: https://www.youtube.com/watch?v=3sUsPVTil_A ;

For more details about the Valkyrie class, please visit the TERA site here.