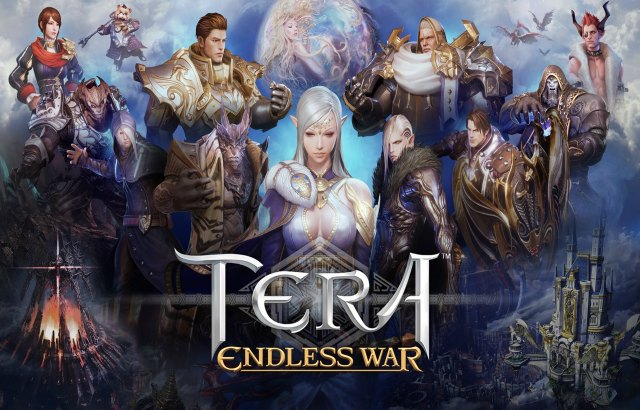 TERA, the popular free to play MMORPG on PC and console has branched out into mobiles, with a new genre thanks to TERA: Endless War.

Developed by Ndream, TERA: Endless War is a new mobile strategy game based on the popular MMORPG, TERA with over 20 million players internationally. TERA: Endless War faithfully brings over all 7 unique races and 8 dynamic playable hero classes to this mobile-infused RPG strategy powerhouse.

Powered by the Unreal Engine 4, TERA: Endless War brings large-scale, vibrant battles to life on a hexagon tile map to offer a class redefining strategy game experience. Players take on the role of a hero, hellbent on expanding the breadth of the dominion, shape up an army to thwart a massive onslaught, and protect Arborea from the malevolent despot Argon’s invasion. The playable character roster will feature popular, iconic heroes from the original game.

With TERA’s global cult following in tow, TERA: Endless War surpassed 2 million pre-registrations in just a month. To celebrate the milestone, Joycity will be providing the popular TERA character ‘Arin’ to all players at the official launch.

Danny Noss, Relations Director with Joycity says ‘In addition to delivering intensely deep gameplay, it’s exciting to say that TERA: Endless War will more than deliver high quality visuals, powered by the Unreal Engine 4. We know TERA is recognized around the world, and we’re excited beyond words to rise to the challenge and do our absolute best to meet the justifiably high standards expected from TERA fans around the world.’

More details about the game including the milestone launch promotion ‘Arin’ giveaway is available on the official website.