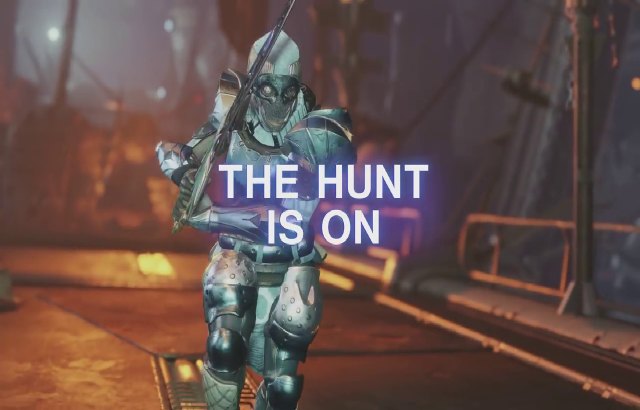 Bungie released a teaser trailer this week for Destiny 2: Forsaken, and we’re super excited. There’s a host of new exotic weapons and armor that does some incredibly things. Not only do they look awesome, they actually shake things up when it comes to gameplay. We rejoice that it isn’t re-skins and dull. They are definitely not that.

We’ve compiled all the sweet new loot coming below!

Want to fire two rockets at once? Then the Two-Tailed Fox is what you want. One rocket is void, the other one solar, because two is better than one right? 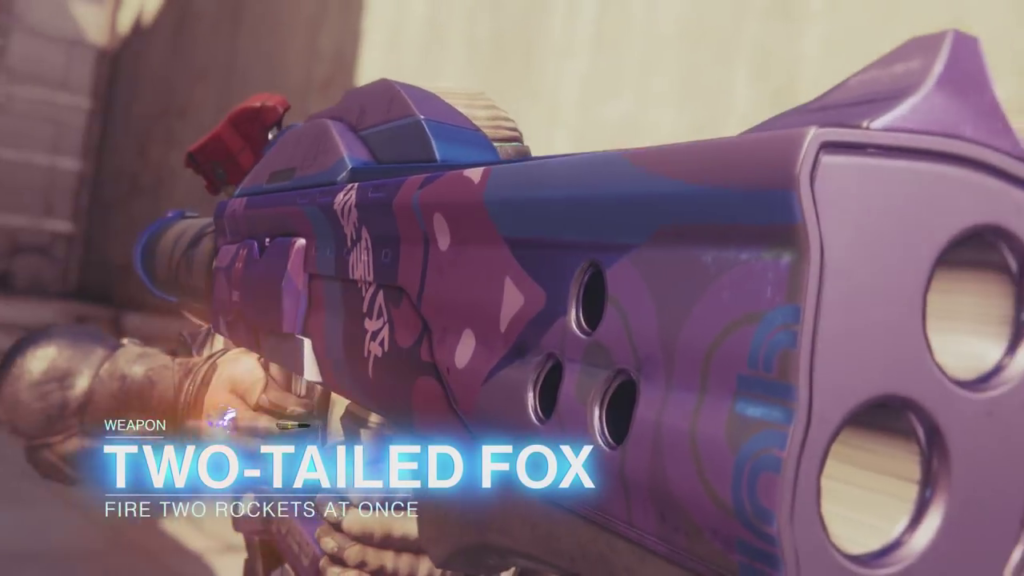 Here’s an exotic bow that’s been shown off a lot in prior trailers. Still Good to see! What’s the cool factor? Every precision kill douses your exotic bow with electricity hat arcs between mobs like a dance. In other words, a chain effect. 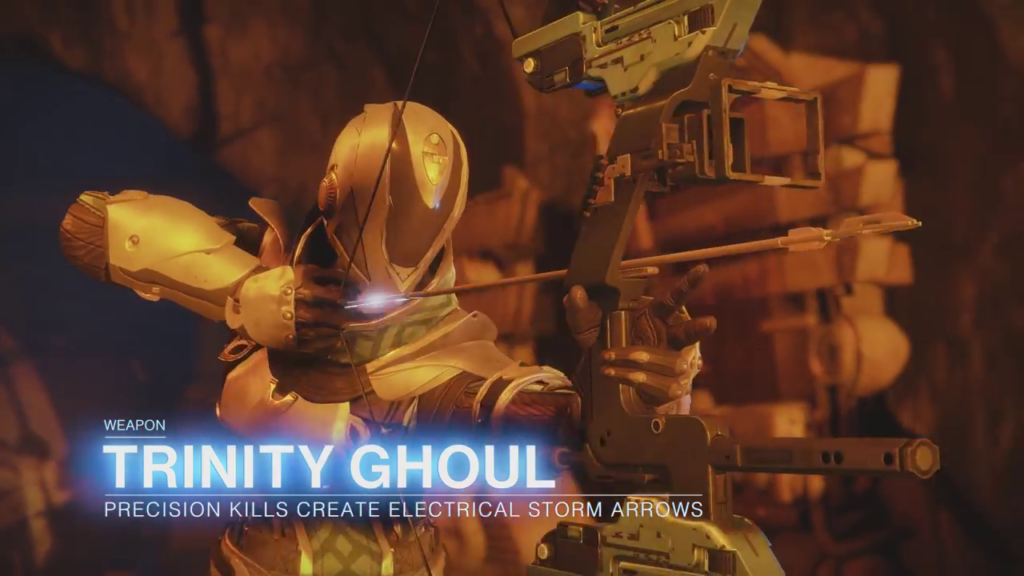 A melee weapon of great aesthetic. Malfeasance is a great area of effect weapon that if used right, can be devastating. After five consecutive hits, all projectiles explode on the target. Anything caught in radius gets hit hard.

While a rather standard looking sword, The Black Talon does do some cool things. For starters, use the pointy end. Then, fire off projectiles that can do damage. The design is decent, but it feels underwhelming to all the other great stuff on this list.

Perhaps one that we’ve already seen in other trailers, but highly effective nonetheless. This is a new trace rifle that leaves a package of explosive fire wherever you shoot. 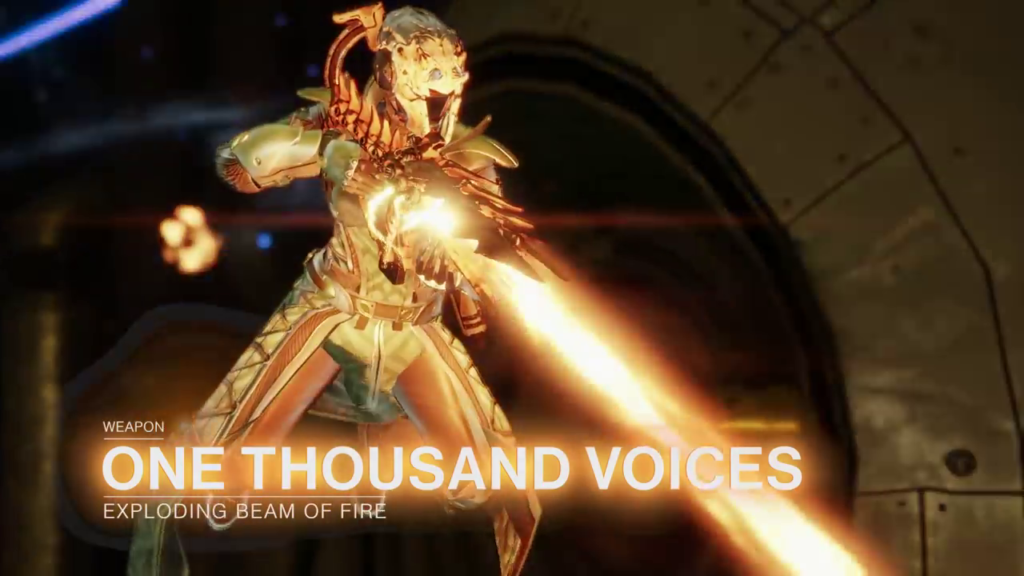 Here’s a brand new exotic bow that gives players the ability to see through barriers and walls. The best part? Pierce em with a massive arrow and smile at how satisfying that feels.

This fancy armor lets players slide and reflect attacks and projectiles back to the shooter. The effect is rather fancy, and the result devastating. The trailer shows off the source of fire getting turned into dust.

Hunters want some love? You got it! The Sixth Coyote lets Hunters use dodge twice. Doing this grants them the opportunity to dodge a projectiles, then dodging again to get a sword double kill.

Chromatic Fire brings elemental effects back to the kinetic slot for Warlocks. A headshot with a kinetic weapon will now generate an elemental explosion around the target. 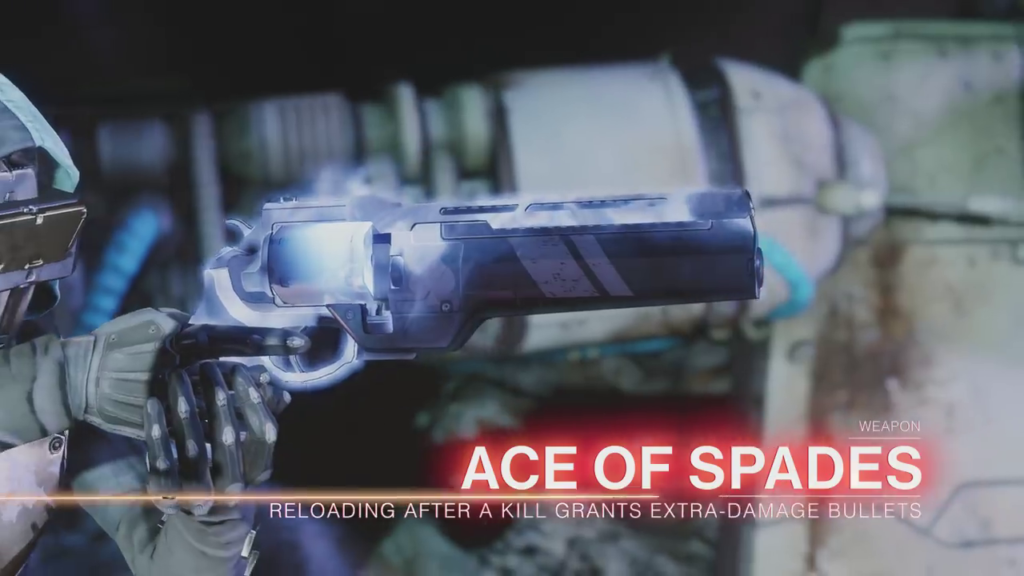 The end of the preview gave story fans something to cheer about. We get a good look at Ace of Spades – Cayde-6’s hand cannon. It rewards bonus damage to the next mag after a kill. Great for kill streaks and chain fights.

With all this new loot, it’s time to lock and load Guardians! These will be sufficient to take down Uldren and his Barons.