The Battle For Europe Begins With Season 3 of War Thunder

The Battle For Europe Begins With Season 3 of War Thunder 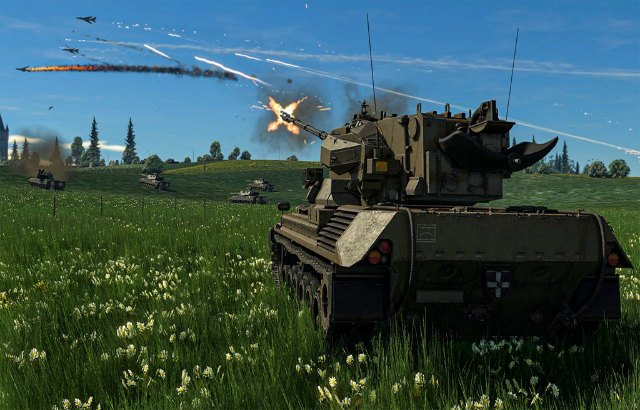 Gaijin Entertainment announces that the 3rd season of World War mode is coming to the military online action game War Thunder in a few weeks. In this mode some of the players will serve as commanders moving armies on the strategic map, whilst others will resolve the clashes of those armies in the form of classic War Thunder gameplay sessions. While the first two seasons reconstructed famous World War II battle scenarios with the relevant military hardware used, the new one will feature ground and air vehicles built in the second half of the 20th century – T-80 and Leopard 2 tanks, Mi-24 and Bo 105 helicopters, MiG-21 and F-104 fighter jets. The advanced weaponry will be used to recreate a hypothetical scenario of a key World War III battle and a famous tank battle from the Yom Kippur War.

During the Cold War, NATO strategists studied various scenarios of a potential 3rd World War. They thought that no matter what and how the conflict would start, the Soviet group of  Forces in Germany would probably attack through the so-called Fulda Gap – a lowland area between the Hesse-Thuringian border and Frankfurt am Main. This is a perfect place to operate a large tank force that the Soviet Union thought to be its trump card in this hypothetical war. The Fulda Gap battle scenario in War Thunder places the Soviet army against the Western German army with Frankfurt am Main as the prize.

The Yom Kippur War began in 1973 on October 6th, when a coalition of Arab states simultaneously attacked Israel. On October 17th the successful counter-offensive of Israeli forces brought them to the western bank of the Suez Canal in Egypt. The Arab armies tried to push them back and organized a massive attack near an agricultural research station that was marked as the “Chinese farm” on Israeli maps. The battle for this feature became the largest tank battle since World War II times. The Battle for Chinese Farm scenario in War Thunder will allow players to control either Arab forces armed with Soviet-made vehicles or Israel with a mix of American and French equipment.

More information on the new gameplay features in the new season – i.e. the role of the helicopter armies – and the dates when the battles will take place will be published on the official War Thunder website in the coming days: https://warthunder.com