The Best Features Of Game of Thrones: Winter Is Coming

The Best Features Of Game of Thrones: Winter Is Coming 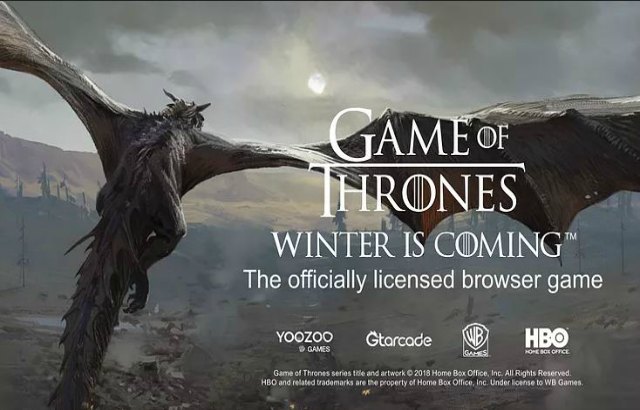 GTarcade’s Game of Thrones: Winter Is Coming is a brand new web browser and desktop strategy game, that’s officially licensed by HBO’s titanic TV show. The game has all the hallmarks of a standard empire/kingdom building game, but don’t let that fool you. There’s surprisingly plenty of depth that while structured in a way to get the most out of your wallet, it can be enjoyed for absolutely free. Here are Game of Thrones: Winter Is Coming’s top 5 best features to whet your appetite.

Game of Thrones: Winter Is Coming is best experienced in a an Alliance, which is its guild feature. A hundred players is the maximum cap for an Alliance but there’s so much benefits for being in one. The one feature that’s extremely helpful is being able to ask for help. When constructing new buildings and research which increases real time duration the higher the rank, players can ask their Alliance for help. With the click of a button, every Alliance member that does so can reduce your queue times up to the allowed cap. It’s a neat way to reward players who play together. The gift system is also good – players who spend real money on packs will automatically trigger and Alliance-wide gift that all members can claim. So at least in Game of Thrones: Winter Is Coming, being a whale isn’t selfish which is a good thing. And being a free player isn’t so bad if you find the right Alliance to join.

The Battle For The Iron Throne

While the gameplay is what you’d expect from a PvP empire game, the meta is a much fun prospect – the battle for the Iron Throne. Players in large alliances will wage war in the Seven Kingdoms of Westeros every few days to take ownership of one Major City. These are the castles of the great houses in Game of Thrones like Winterfell, Storm’s End, The Eyrie and Sunspear. Capturing these major cities offers Alliance-wide buffs which is crucial for large warfare. Then, once every week, the capitol city King’s Landing opens up for battle and the Alliance that captures it and holds it, gets to claim the Iron Throne for even more goodies. It’s a simple meta gameplay feature that while isn’t original, is so much suited to a Game of Thrones game. The downside is that to participate in the meta, solo play is impossible. You must be in an active and growing Alliance to have a chance.

In between all that building, attacking other cities and resource management to take and hold King’s Landing, there’s mini-battles that players can take part in using the Weirwood Tree and the Training ground. The former is a PvE tower defense style 3D battle game that pits your Commanders against enemy ones. Completing a stage will award you with stars based on your performance, and you get to move on to the next chapter. The battles themselves are short, and can be played manually which is fun – you get to use your Commander’s skills to turn the tide of the battle. Otherwise, you can also leave them automated to varying degrees of success. It’s a nice change of pace that’s actually beneficial in the long run as your Commanders can gain XP, equipment and more that can passively boost your city’s output in combat or elsewhere. The Training Grounds on the other hand is PvP for Commanders. You pick your best 6 to go up against your enemy’s automated best 6 and winning puts your team higher up in the rankings. This also grands you Diamonds – premium in-game currency – so there’s a real incentive to get good at it. 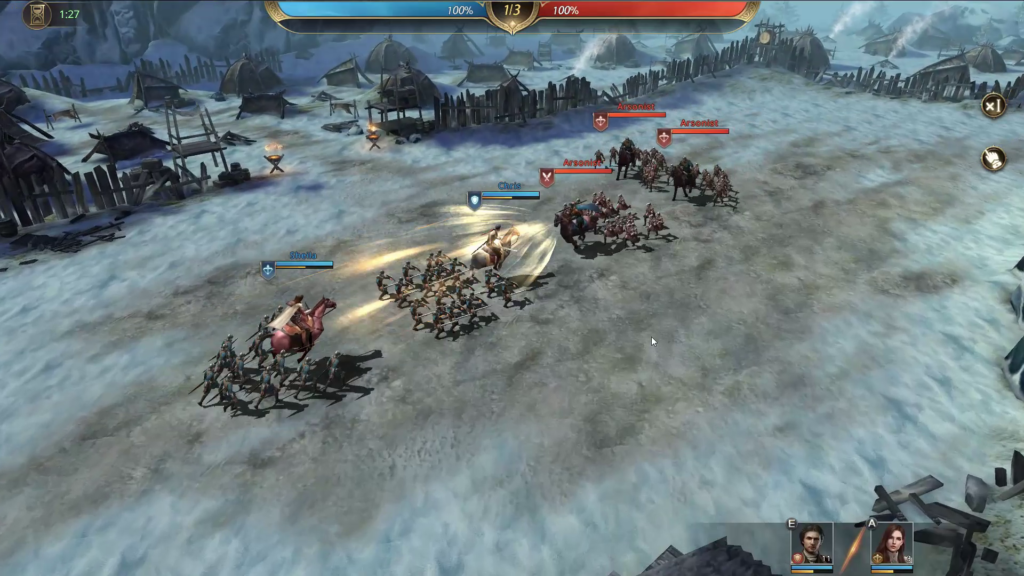 If you’re a fan of Game of Thrones and worship the TV show, you’ll appreciate just how much the game does to make you feel at home. For starters, the Commander characters are all based on the series. Players can collect, level up and fight with folks like Jon Snow, Robb Stark, Cercei Lannister and more. The art-work and such is also very accurate, so it’s pleasant to look at if not use them in combat. The in-game music is also taken directly from the show’s OST so authenticity flows nicely. Where the game falls short is having any sort of narrative structure or lore that resembles the series. The good news is that doesn’t matter or isn’t required for a strategy game like this where PvP is the only thing that matters. 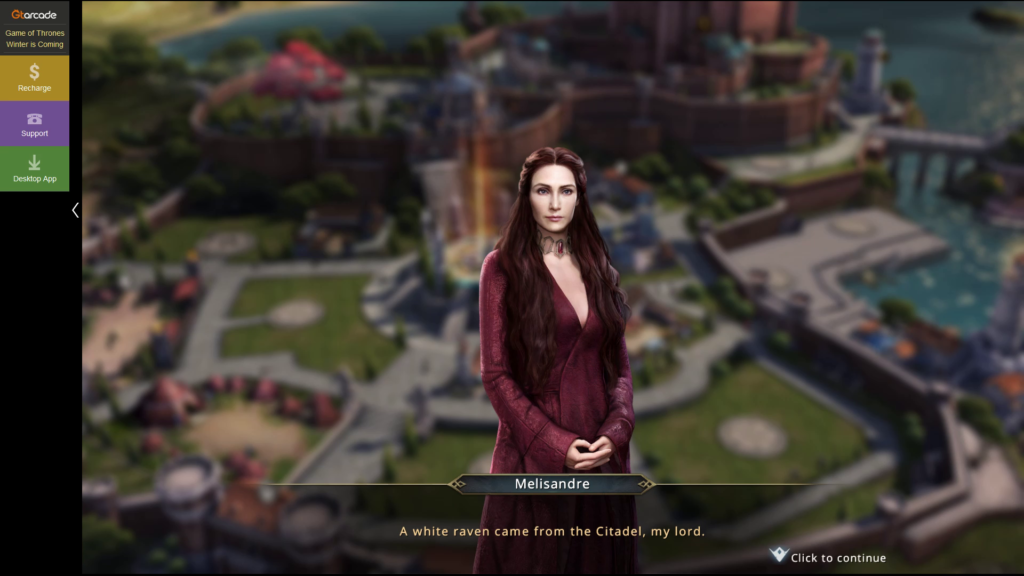