The Biggest Microsoft Xbox Reveals At E3 2019 So Far

The Biggest Microsoft Xbox Reveals At E3 2019 So Far 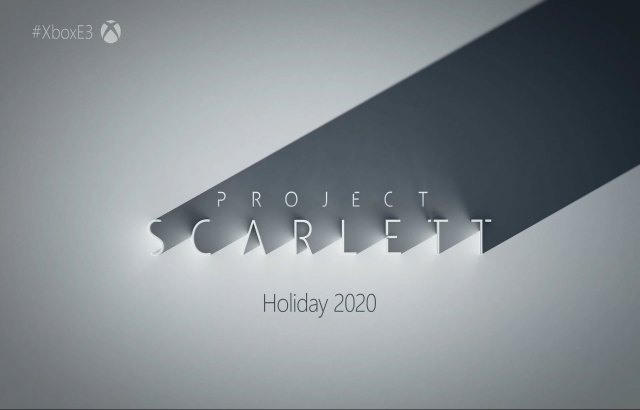 With Sony absent from this year’s E3 in LA, Microsoft and Xbox had the chance to steal the show. There were plenty of big announcements, especially from Head of Xbox Phil Spencer about things like cloud, and the new console as well. Here’s all the biggest reveals.

Finally after all the rumors, leaks and speculations, we officially have it: Microsoft’s next gen console. Called Project Scarlett, this new console is state of the art, featuring never seen before performance that re-defines the meaning of console gaming. Keywords used here just like Sony did for its reveal includes “Faster loading times, better connectivity and worlds like never before”. Below are some features:

As a bonus to the Project Scarlett announcement, we got a new trailer for HALO Infinite and it’s awesome. Master Chief is back, and the game is confirmed to be launching with the new console, during the holiday season 2020. 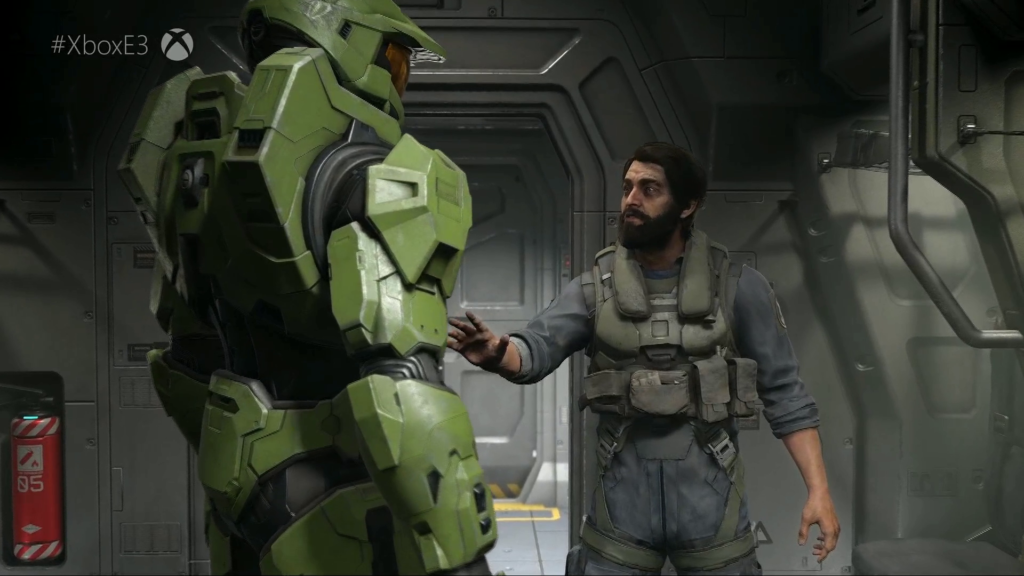 One of the surprises of the Microsoft presentation was the extended trailer drop for CD Projekt Red’s upcoming RPG, Cyberpunk 2077. We already expected great action and story telling, and the trailer as expected gave us more of that. What we didn’t expect however, was toward the end, a character looking oddly very similar to Keanu Reeves appearing on screen, telling you to get up because there’s a city to burn. And that’s when the crowd went nuts. Queue the lights, and out comes Keanu Reeves live in the flesh to announce the official reveal date, which is the 16th of April 2020. 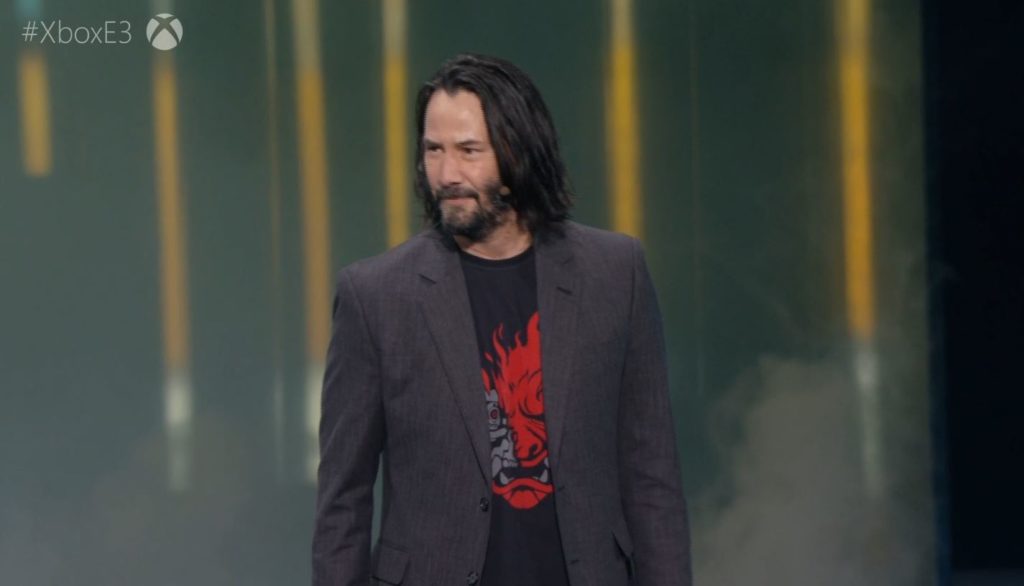 We also got some news about Microsoft’s newly refreshed Xbox Game Pass, and for the console, Metro Exodus, Batman Arkham Night and the Borderlands Collection are just a few titles that resulted from Microsoft’s game partnership efforts. Game Pass also begun for PC players today, with over 100 curated games just for PC, with titles like Imperator Rome, and the entire HALO Master Chief collection. Again, the open beta for Xbox Game Pass for PC launches today. It will cost $9.99 per month. There is also an Ultimate pass version for both PC and console, plus Xbox Live Gold for a total of $14.99. And get this, as an E3 promo, getting Ultimate today only costs $1. 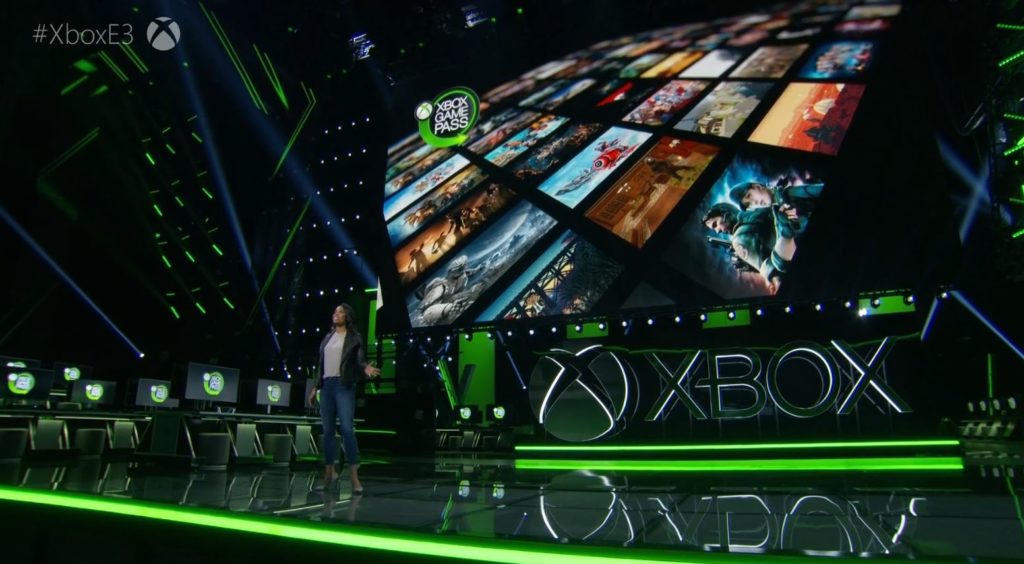 There was also some juicy details about Gears of War 5. Firstly, the game releases on September 10th 2019, and players can get it a few days earlier for purchasing the Ultimate Edition. This is also included in the Xbox Game Pass Ultimate, which costs $14.99. For multiplayer, there’s Versus Multiplayer mode, Arcade mode, Horde Mode, and a promise of a beefy campaign for single player. There’s also a new co-op mode which sees three players willingly get taken by the swarm but to infiltrate it from the inside, called Escape. Also, you’ll get a special Terminator Dark Fate character pack if you pre-order during the first week. 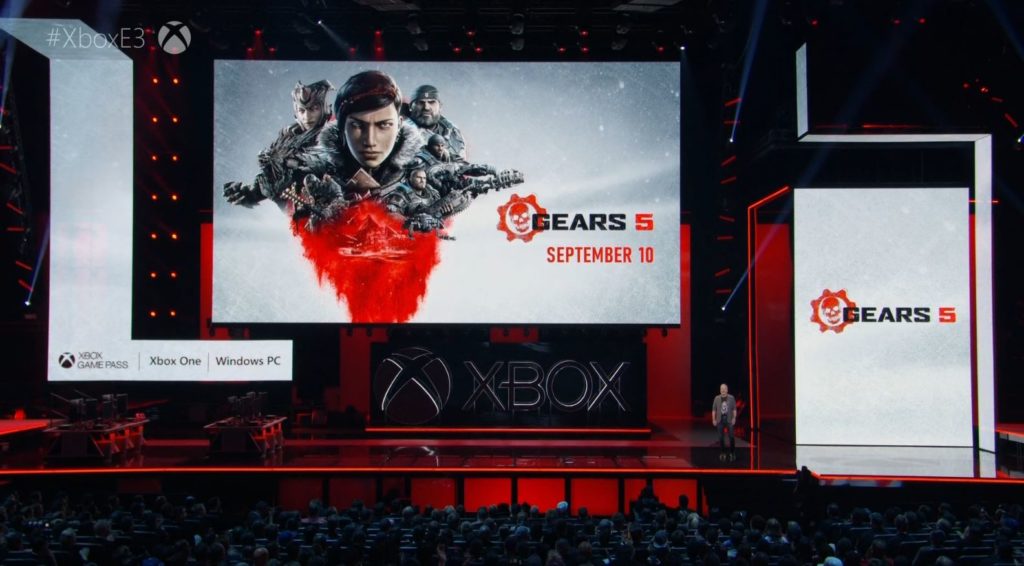 Phil Spencer had another surprise for MMORPG fans. For the first time ever, Phantasy Star Online 2 – one of Japan’s best MMORPGs, is finally coming to the West via Xbox. For the longest time, Xbox players have been wanting a good online JRPG game on the console, and the best out there is Square Enix’s Final Fantasy XIV. Unfortunately, Sony won’t budge when it comes to Final Fantasy, so there was a gap on the Xbox to fill. Phantasy Star Online 2 will now fill that gap happily. 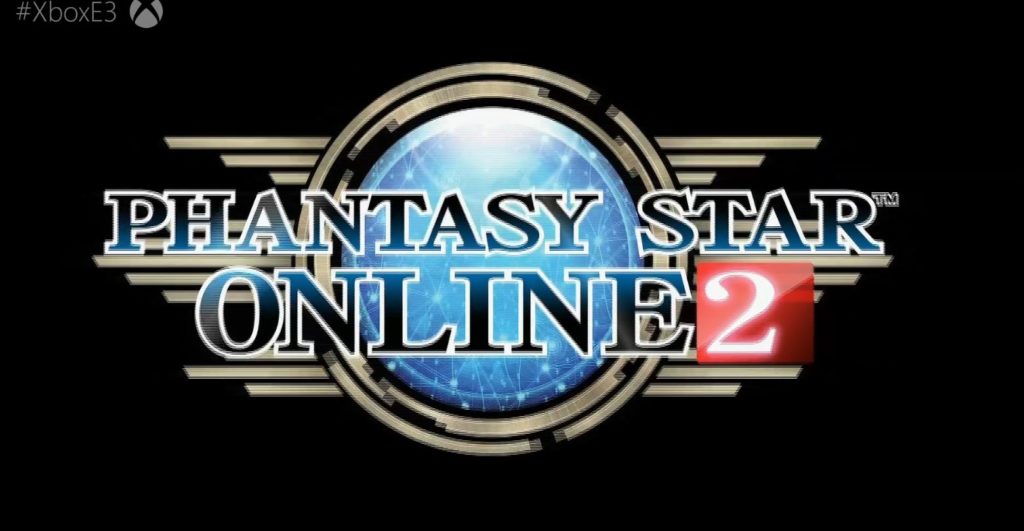