The Crew 2 Is Having A Free Weekend Starting Tomorrow

The Crew 2 Is Having A Free Weekend Starting Tomorrow 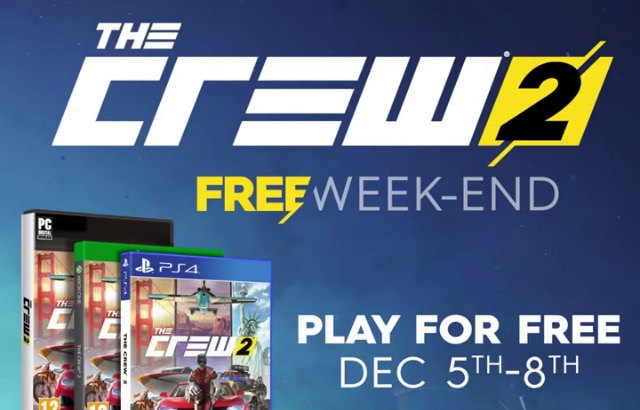 Ubisoft has announced that The Crew 2 will be available to play for free from 5th December to 8th December on the PlayStation 4 computer entertainment system and the Xbox One family of devices including Xbox One X and Windows PC.

Players will have access to the full game – including the newest update, Blazing Shots, which brings weekly PvE competitions and unique LIVE Summit events where players must reach the top of the leaderboard to win exclusive rewards based on their ranking. Players can experience Blazing Shots, plus hundreds of other challenges and the freedom to explore the entire US on land, sea and in the air behind the wheel of their dream vehicles.

Players who want to continue their journey in the US open world of The Crew 2 will not only keep their game progression but also enjoy a discount of up to 70% off The Crew 2 full game and Season Pass during the Free Weekend Period.

The Crew 2 lets players experience the thrill of the American motorsports spirit inside a fully redesigned USA. The game’s playground pushes physical boundaries to let driving and open world fans test their skills in nonstop competition and exploration. From coast to coast, drivers can explore America and compete to become the greatest motorsports champion by collecting a wide variety of exotic cars, bikes, boats and planes.  Players can dominate the motorsports scene on land, on water and in the air. They can find challenges and inspiration among four different motorsports families: street racing, off-road, pro-racing and freestyle, and players will be given a broad set of options among a wide selection of vehicle types.