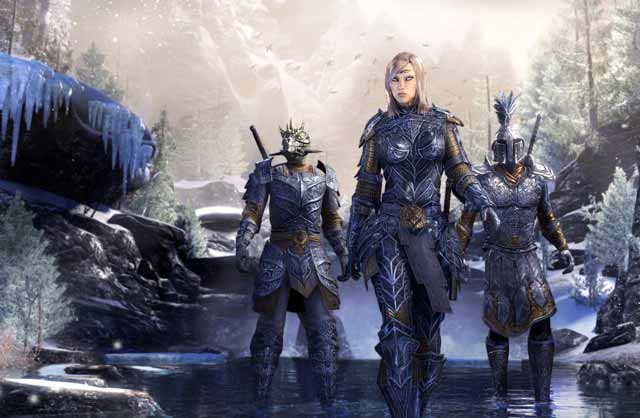 ZeniMax Studios has just announced that The Elder Scrolls Online will be celebrating the Holiday period with a special winter party called the “New Life Festival” which is scheduled to begin later this month and will end in January 2017.rs.

The New Life Festival will begin on December 15th at 10.00am EST and will require players to complete an entry quest before the event begins for them; according to the official blog post, it seems to be a relatively simple quest. Players will need to locate Breda outside of Wildhelm in Skyrim to start “The New Life Festival” quest list which eventually unlocks the event. It’s still unknown exactly how many quests players will need to complete before they can explore the new event.

The developer has confirmed that players will have the chance to complete up to nine different daily quests every day during the event; these quests are also themed for each race in Tamriel and will be located in their specific zones which should make completing them relatively simple for most players.

Completing a quest will reward the player with a New Life Gift Box which contains a random group of holiday themed goodies but its been confirmed that each box will contain a crafting material, a consumable New Life Festival item and a Skinchanger style item. Players will also be given a more rare item such as a Skinchanger Motif chapter or an exclusive collectible. Anyone who completes all of the quests will be given a special new dye and new title.

As to be expected from a Winter Event, there will be a variety of items in the Crown Store for players to purchase including Frost and Winter themed items of clothing, mounts, pets and more. These items will become available for purchase throughout the event with some unlocking close to Christmas day.