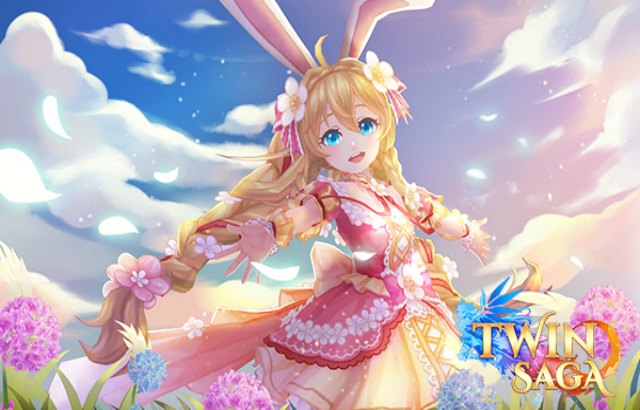 gamigo has announced a full packed update for the anime MMORPG Twin Saga, which includes the new dungeon Sky Garden and the Holy Cabinet. Starting at level 40, players can use the Cabinet in their character menu to significantly increase their character stats.

In Sky Garden, advanced players with a character level of 80 or higher can prove their combined powers against several monster waves. After every fifth wave, there is a chance that the Senshi Lunawill appear. Also, legendary weapons, rings, capes, accessories and starstones can be found in the new dungeon. Treasure seekers, monster hunters and adventurers can enter Sky Garden in Meridiavia a portal.

Like her (obvious) favorite animals, a Senshi also jumps out of the content package. In her pretty rabbit costume, Bonny offers her own quest series. Players can join Bonny or one of over 40 other Senshis to visit new seasonal events. They celebrate Chinese Valentine’s Day and enjoy the summer fireworks every evening.

More information about the online role-playing game Twin Saga and the latest update can be found on the official website.