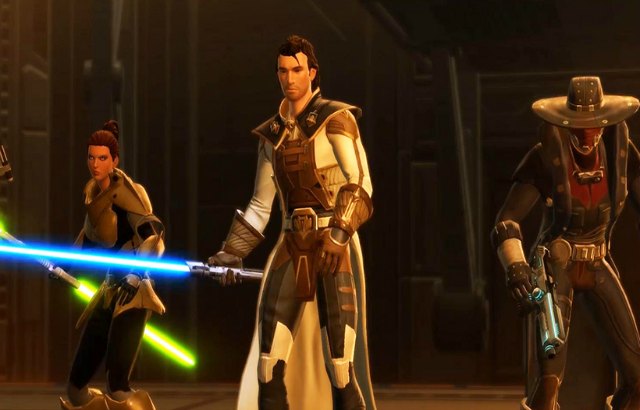 SWTOR players enjoying the new KotFE and KotET story content will be pleased to now that new content is right around the corner. Star Wars the Old Republic’s latest update, The War for Iokath will be going live tomorrow.

The War for Iokath update continues the Outlander story in a brand new planet. Players are once again in the middle of the Republic and Empire war. Both are interested in the “ultimate super weapon”, and players have a direct impact on the outcome.

Stories are one of the best things about SWTOR, so it’s great to see more content. Players will no doubt be excited to see how this chapter plays out. The update is only available for players at the level cap of 70. However, players can catch up fast if they take advantage of the current XP buffs.

From now until end of today, players can earn 250% bonus XP and 350% Galactic Command XP. There is very little time remaining, so if you’re reading this today, drop everything and start leveling. Another important thing to note is that the update will only be playable for subscribers.

While story content are primarily solo experiences, group players are also getting new content. There is a brand new operation or raid coming tomorrow as well. Players can choose to align forces with either the Republic or Empire to defeat Tyth, a new boss droid.

For more information on The War for Iokath, check out the official website here.