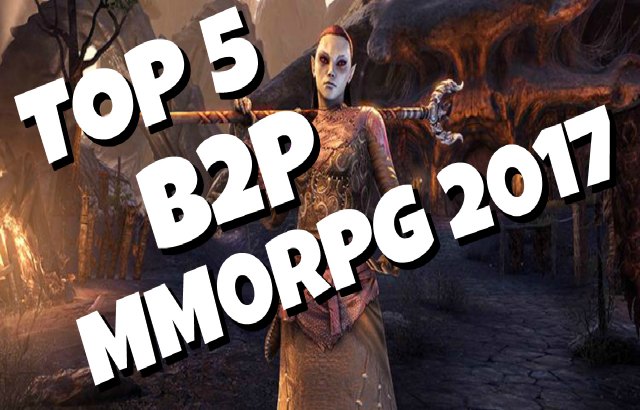 We all love buy to play mmos because you pay once and play forever. But that does not mean that the quality of the game is bad compared to a subscription based game however. On the contrary, these games have huge potential to give the big guns a run for their money. The list is based on multiple factors, such as accessibility, content, graphics and much more.

Alright lets begin our countdown and the number 5 spot goes to Gloria Victis. Gloria what? Many folks have not heard about this buy to play mmorpg but you really should. Gloria Victis has been around since 2016 and is brought to you by developers Black Eye Games. Gloria Victis is a low fantasy open MMORPG featuring non target combat, PVP with territory control, player driven economy on top of some pretty realistic graphics.

The game is currently on Steam’s early access program, so development is underway as you play but majority of the game has been polished over the last few months. So what’s great about it? For starters if you’re a PVP centric MMO player, you’re going to like Gloria Victis a lot. There’s two nations you can represent, the Midlanders or the North, and of course there’s going to be conflict for territory. Imagine For Honor or Chivalry Medieval Warfare in an MMO, but with a deep crafting and economy system. When it comes to PVE, there’s also a sandbox element thrown in where you can help shape towns and communities, to help your nation excel while increasing your character’s reputation. You can either rally with your guild mates or become an outlaw!

At Number four is Albion Online! Albion Online is an upcoming buy to play sandbox mmorpg. If you’ve ever played games like RuneScape and Ultima Online, then you’ll sure feel compelled to check this game out, or your nostalgia strings will keep tugging at you. The game is currently in its final closed beta stage before launch on July 17th.

It is a true sandbox experience – you start as a nobody and must manually put in the time and effort to get better at everything, from crafting to combat. Progression is determined by the insanely huge Destiny Board, which acts as tour guide to the various different crafting progressions, weapons and gear.

The game uses a classless system so you can be pretty much whatever you prefer. You can wear light armor and still wield two swords, since the gear and weapons you equip determines your skills. The more you fight with those equipped items, and the more you gather resources and craft, the better you become at it gradually. That’s the basic premise of Albion Online, and like Gloria Vicits, PVP is the star of the show – there’s pvp zones where large guilds fight for territories and if you die in the red and black zones, say goodbye to your stuff.

Albion Online uses a full loot system upon death in the red and black pvp zones so a lot is at stake, but if you do venture out there, you’ll find the best resources. So the more risks you take in this sandbox game, the better the rewards. There’s a lot this game has to offer for different types of players, considering the entire game’s economy is localized to towns and crafting and farming are important parts of the game. So if you’re an old school sandbox junkie, this might be the game for you.

At number three is the very popular westernized Korean MMORPG, Black Desert Online. BDO has been around for a couple of years now in the West thanks to Kakao Games and Pearl Abyss. What more do I need to say other than it’s one of the most successful eastern mmorpg imports? If you’ve never heard of Black Desert Online, here’s a quick run down of why it’s one of the top buy to play mmorgps today.

For starters, the graphics, are excellent. From the first moment you lay your hands on the character creator, you know this game is going to look good on all types of systems. BDO also boasts a very robust PVE system that’s made all the more fun thanks to its modern take on the action combat system that relies on skill and timing to excel. The level of realism is unreal too. There’s a parkour system that lets players run up walls, jump over balconies and more. On top of that, the game incorporates a day and night cycle that actually affects gameplay, for example, some NPCs only come out during the day and are gone for the night.

For number two, we have Guild Wars 2! Now I know that the base game is currently free, but there are restrictions and you can purchase the Heart of Thorns expansion once and unlock everything right away. And why wouldn’t you, this game is awesome, even 5 years after release!

Guild Wars 2 is one of the highest rated MMORPGs of our time and it deserves that accolade, because it introduced so many industry defining mechanics that makes MMOs fun to play. For example, the incredible world that reacts to player input, popping up huge world events and bosses that are actually a lot of fun to play and participate in. The game has a very long main story that is decent and offers decent immersion for players looking for a great theme park casual mmorpg.

And taking the top spot on our list is The Elder Scrolls Online! Remember back in 2014 when the game was huge pile of stinking garbage according to critics? Well, it’s much improved in 2017. Ever since dropping it’s subscription only model to buy to play, the game has been evolving. Step by step, it’s transforming itself into a really good MMORPG finally worth playing.

It has dropped PVE progression restriction, and added level scaling, which now means you can just about quest anywhere you want. It now embodies that classic Elder Scrolls feeling, on top of fixing a lot of issues that were plaguing gamers at launch.

The DLCs that has been added over the last year or so has also been of good quality. The Thieves and Dark Brotherhood Guilds, Orsinium and more have added huge amounts of content that can be enjoyed whenever you want. If you don’t want to buy the DLCs ala carte, the base game still has hours of content. PVP is still active and while it’s laggy, better days are coming. The Morrowind DLC is on the horizon bringing a new Warden class, on top of brand new PVP battlegrounds for small groups to battle it out.

But for sheer amount of content and quality alone, The Elder Scrolls Online is absolutely good value for money. Considering it goes on sale so much on sale especially on Steam for the PC and Mac. And oh, it’s on consoles too, so that’s a plus.

There you have it those are our top 5 buy to play mmorpgs for 2017. Which MMOS do you think should also make the list? Leave your thoughts in the comment section below.