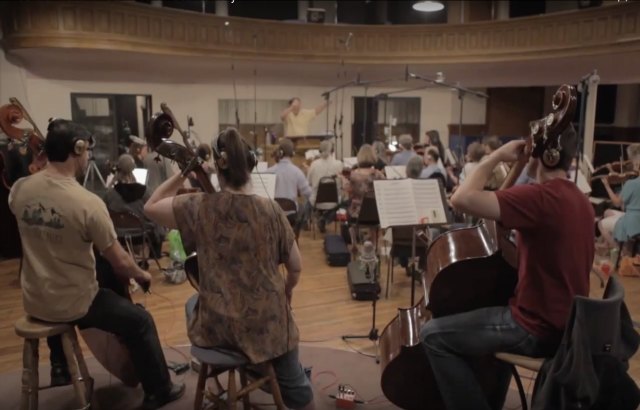 We love it when MMORPG adventures dish out some goosebump inducing themes and soundtracks at appropriate moments. Be it at the final boss fight of a raid, or when you visit a serene zone for the first time, music plays a huge role in video games. Especially for the fantasy RPG genre, the themes and soundtracks is a key way that the game can bring its worlds and characters to life. Most of the good MMORPGs know this, and has done a good job at including some really nice tracks in their games. Here’s our top 5 favorite MMORPGs with some of the best music to listen to in-game.

Out of all the MMORPGs on this list, the one game that’s been amazingly consistent with spine-tingling music has been Square Enix’s Final Fantasy XIV. Composer Masayoshi Soken has been dishing out amazing themes expansion after expansion, and the latest one Shadowbringers is probably his best work yet. From the raw, visceral Witcher-like tunes of the Rak’tika Greatwood, the title main menu theme itself, and the countless exciting boss fight themes like Locus and more, Mr. Soken is a master at immersing players into the Final Fantasy world. It’s also unique – not often does the music in a raid boss fight go through stages like the fight mechanics itself, but Soken thinks outside of the box, and the payoff is worth it.

Say what you want about Black Desert Online, but Korea’s most popular MMORPG export has some great tunes. With 2018’s Remastered version, every piece of music got re-made with a proper Orchestra, and no longer sound like a cheap synth keyboard. The music with the new version is simply phenomenal, and there’s something magical about traversing the wide open plains of Mediah and listening to that theme in the back ground. It does help when you’re grinding countless mobs in BDO, and the music does somewhat puts you in the mood for whatever it is you’re up to in game.

When you have someone like Jeremy Soule, you let the man work your fantasy world and bring it to life. Guild Wars hugely benefited from his talent, and many of the tracks can still be heard today in both games. While he’s no longer producing music for Guild Wars 2, his successor Maclaine Diemer and others have been bang on the money with more modern music, especially from the Heart of Thorns expansion onward. In fact, HoT may have some of the most memorable music to go with those memorable maps, both of which are missing I think from the Path of Fire expansion. Sure, it’s a different setting which calls for a slightly different musical theme influence, but one only remembers what got the blood rushing, and Heart of Thorns’s soundtrack for Guild Wars 2 takes top cake.

Middle Earth and music go hand in hand. Tolkien himself envisioned the world as a place where music played a part with the various peoples and races that inhabited it. The books are full of song and riddles, and the MMORPG closely followed this to their credit. Sure, we don’t see NPCs break into song and dance, but the game did have a great player music system. More than that however, was its soundtrack, which truly brought Middle Earth to life. Chance Thomas composed much of the themes and music in the vanilla game, and also returned for a few expansions later on, like 2012’s Riders of Rohan. That is my personal favorite, and it truly captures the essence of the Rohirrim, their culture and their lands. It’s one my favorite LOTRO music albums to listen to when playing it, and it will enrich your LOTRO experience, take my word for it.

Wildstar may be gone forever, but at least one of its greatest legacies remain – the game’s soundtrack. The work of Jeff Kurtenacker, Wildstar’s music themes blew me away the first time I played it. From the brassy main menu theme that told you everything you needed to know about the attitude of the game, plus its amazing character creator music, Jeff knew just what to do with the world and how to get you immersed. While it’s a damn shame that the game shut down for good in 2018, the one good thing that lives on will be the music. It’s always a challenge to write music and compose for a brand new MMORPG IP with an original world, but with Wildstar, you can actually hear the effort and it’s pretty damn good.