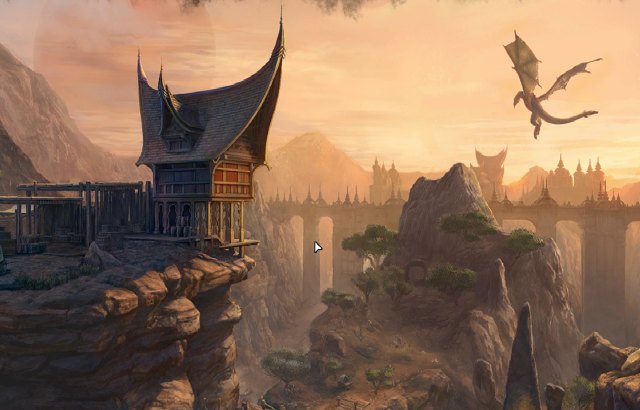 The Elder Scrolls Online launched its Early Access to the Elsweyr Chapter for PC this month and it’s awesome. For the first time ever, ESO players are adventuring in Northern Elsweyr. Why is it significant? Because we’re getting to see more of the popular car race in Elder Scrolls lore, and take down dragons. For Elder Scrolls Online in 2019, it’s all about the season of the dragon. They are back in force due to events seen in the Wrathstone DLC, and are wrecking havoc in Elsweyr, which is where we come in. Is Elsweyr worth the price of admission? Absolutely, and here’s why.

Elder Scrolls and Dragons are always a good mix, just take for example, Skyrim. In Elder Scrolls Online 2019, the Elsweyr Chapter sees players working with Abnur Tharn and the Khajit people to stop a national threat. On the landscape, there are Dragon boss fights that is built on mechanics previously seen in ESO, like Dolmens and Geysers. The difference is, instead of fighting multiple enemies, this is just one massive dragon boss fight that’s tons of fun. Later on in the chapter you will unlock dragon slaying dailies of course. But when you come across your first, be sure to bring friends. Dragons drop some decent loot and XP too for new adventurers. For more challenging content, be sure to check out the Sunspire Trial that’s all about dragon bosses. Needless to say, if you like these fiery beasts, Elsweyr has a ton for you. 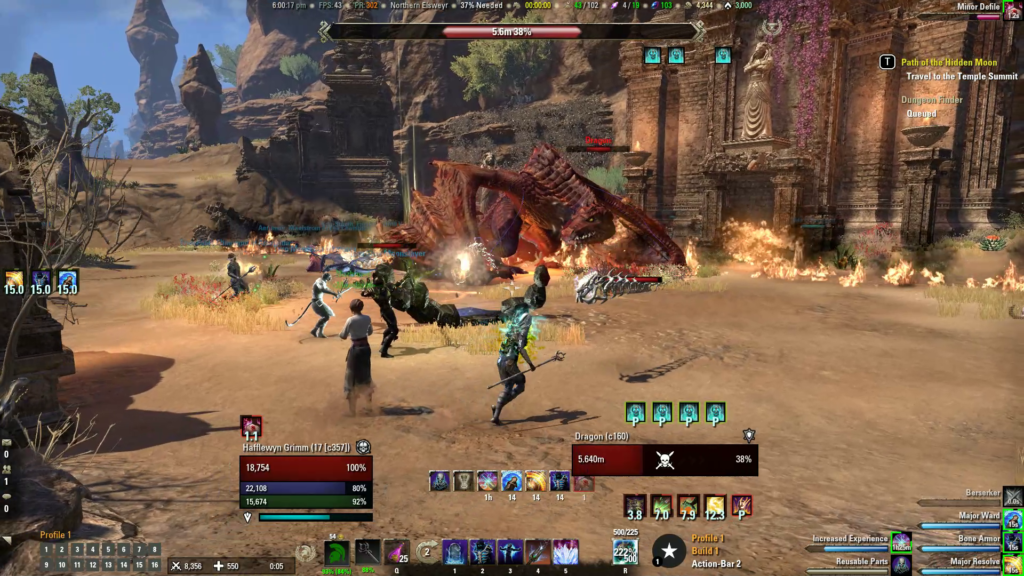 The Necromancer Class Is A Breath of Fresh Air

Necromancers are hugely popular with ESO players, and have been on our wish list of classes to play as in this MMORPG. We got our wish, and the class so far is bags of fun. Like most of Elder Scrolls Online’s other classes, players have three class skill lines to play with. They involve the usual Tank, Heal and DPS type skills but with a sprinkle of Necromancy involved. You can do cool things like summon a Skeletal Mage to fight alongside you for 16 seconds. Or, summon skeleton bombers who hurl themselves at enemies to do damage. Both of these ‘pet’ type skills then leave corpses behind – besides the corpses of your enemies – that you can harvest for your own combat benefit. It’s a great change of pace from other existing pet classes like the Sorcerer and Warden. Additionally it’s also cool to know that the Elder Scrolls lore plays a part. For example, summoning these skeletons in town is a criminal act and town guards who see you do it will reprimand you. Either way, Elsweyr as a Chapter alone is worth it if you want to get your hands on the Necromancer class. 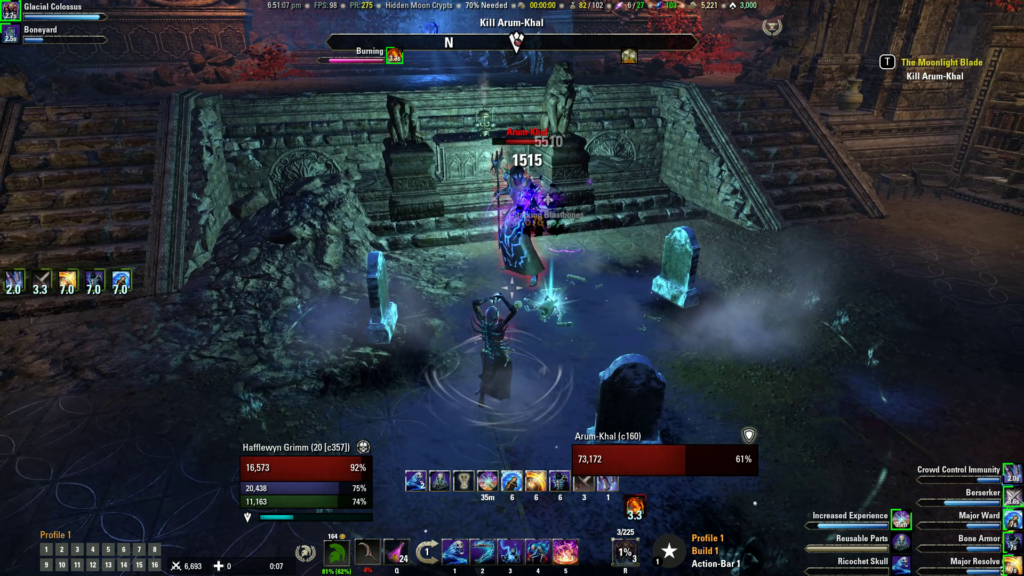 And no we don’t mean Tom. What’s exciting about Elsweyr is that because it’s the home of the Khajit, the developers can now fully explore all the sub-races. That means we get to see species like the Alfiq, that are talking house cats with magical powers. Or the Senche, that are bigger and are on all fours as opposed to the common Khajit we see daily. The world of Elder Scrolls Online continues to grow thanks to the fleshing out of its races and places, which is what Elsweyr delivers in bulk. 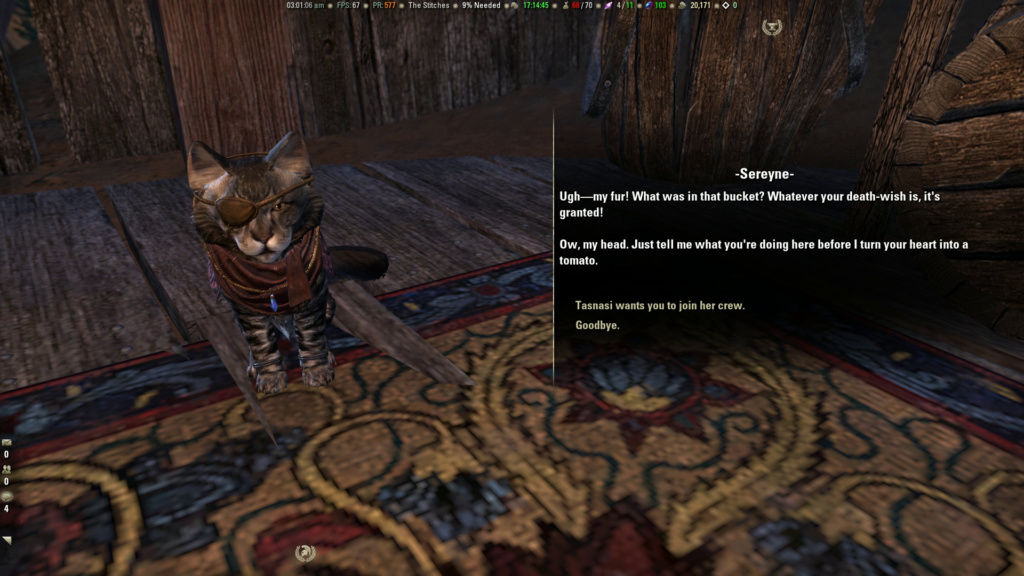 On the PvE front, there’s of course plenty of new side quests and main quests narratives to embark on. Eurexia is one of  the main antagonists in Elsweyr, and the plot in short revolves around us and her half-brother Abnur Tharn stopping her and the dragons from total domination. Simple yes, but expect plenty of twists, turns and memorable moments from familiar characters. What’s nice to see is of course, the interactions these characters have with the player’s character be it new or old. Your actions in previous DLCs and in the base game has consequences. And it’s that story continuity that Elder Scrolls Online continues to excel at with each new DLC drop. 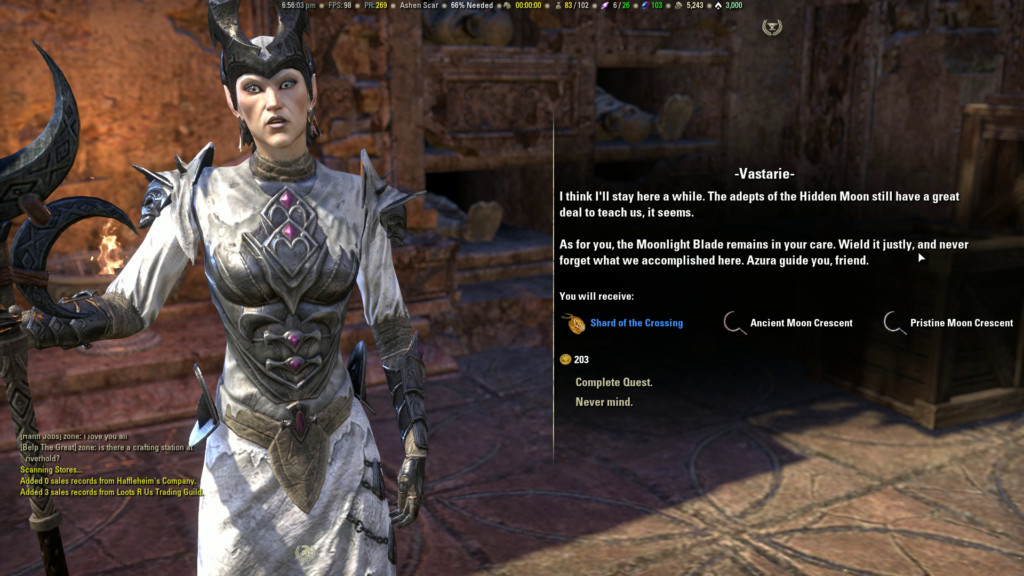 Another positive here is that regardless of whether or not your dropped the money for this Chapter, you’ll be getting some goodies free of charge. Among them are the quality of life updates that will launch when Elsweyr is released for all this June. Things like the Guild Finder tool, which now lets players browse guilds based on play styles and more is a nice touch. Additionally, more gameplay tweaks are also coming not only to PvE but PvP too, as Artifact weapons have proved with Cyrodiil, which should make this game mode more attractive than before. All in all, if you’re wondering if Elsweyr is worth the money, it is.