Tree Of Savior is an online MMORPG that’s currently out on Steam. Released about a year ago, developers IMCGAMES are very clear about their intentions with TOS. The game instills a sense of nostalgia for top-down MMORPGs of old, and Ragnarok clearly comes to mind. From the artwork all over the Steam store page, it’s easy to dismiss this as a clone but there is more than meets the eye here.

So as usual, my job is to jump in to see if Tree Of Savior is worth checking out. In this rolling review series, I’ll share my in-game experience in-tandem with my impressions video on our YouTube channel page, so be sure to subscribe there to catch the game in action. Here on the written review, I get to be a bit more objective and explore the little nuances of TOS, and figure out the core game experience. Let’s begin.

I would totally be lying if I said I wasn’t surprised by the game’s graphics. I am blown away by how artwork from the log-in screen, character creation and intro cinematic were made beautifully. It’s gorgeous. There’s a mix of Asian style cartoon anime the sort that Twin Saga is well known for now, but TOS refines it further. Textures are sharp, and the 3D animations look crisp and feels like it belongs in this world.

Once I was done drooling over presentation, it was time to create my character. Tree Of Savior offers players several class choices, and these are the usual MMO archetypes. There’s melee Swordsmen, Archers, Clerics, and Wizards to choose from. Each class have different difficulty thresholds, so newer players have the option to pick how advanced they want their combat to be. Classes also affect how your game control will be. Some classes like Wizards for example, are best played using a controller (and yes, TOS is fully controller supported). 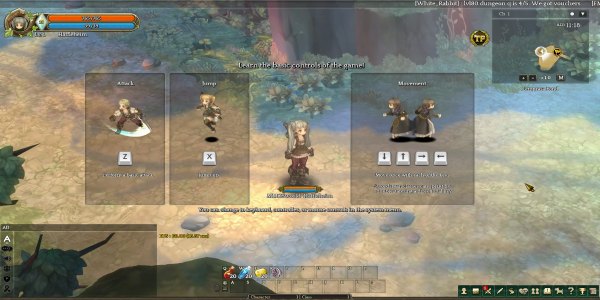 Not Your Usual Controls

I was however, taken aback by the game’s control system. See, unlike traditional MMORPGs, you don’t get to use your mouse and keyboard to do the usual stuff. Moving, fighting and accessing menus are primarily done through keyboard shortcuts. That means both your hands are on the keyboard, and you’ll rarely need a reason to use your mouse. While it’s unconventional and takes some time to get used to, it makes total sense the more you play.

The combat is action based and using the arrow keys, you must turn to face monsters directly before hitting the Z key, which is your auto attack. Leveling up your character and class are separate progression mechanics, but both are important. Spending character points increases your base stats like Strength and Dexterity. Over under Class Points, you spend them on skills that does more damage the more you level them. This also adds new skills to your skill bar which you can activate with the A,S and D keys. It’s definitely a new way to play your MMOs, and if you’re struggling with it, try a controller instead. 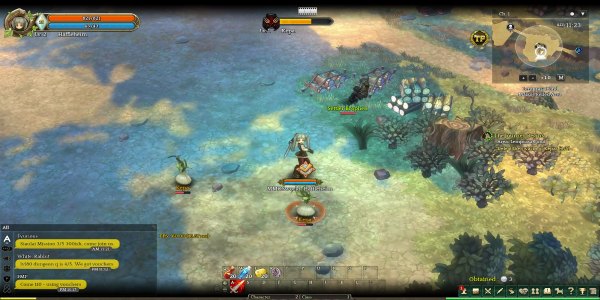 It’s A Hard Tale To Swallow

At the beginning, a short cut-scene only introduced me briefly to the setting. A town was spared by a great disaster, and I awake at a time when I’m needed most as the hero, to help the locals recuperate after such a loss. I also am aware that a goddess may potentially be behind these events, and that the other gods have vanished. It’s a limp premise I feel, and the story is then further fleshed out by NPCs and quest givers who seem fixated on giving you more dialogue than necessary.

The fun part is that so far, I’m liking how easy it is to just soak in this world and as a new player, that always helps. The opening 15 minutes has already laid down the progressions, how to kill things, and why these locals need saving. It’s a good start. But what else is in store for me? Stay tuned for part 2.

Crytek has announced the comeback of an epic first person shooter series in an all-in-one bundle: Crysis Remastered Trilogy