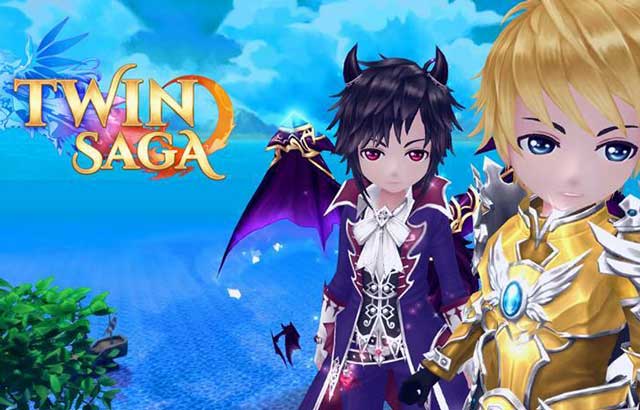 Free to play Asian theme-park MMORGP Twin Saga has hit a milestone. The game has officially achieved commercial release and brings a bunch of new content to the game.

The biggest addition to Twin Saga is the new class. Players can now enjoy the Monk class. Melee fighting specialists, the Monk class will now be available upon login in the character creation screen.

There’s also bran new story content to enjoy too. For players who have completed the main quest arcs, a new one is available in Arcadia. Starting at Level 61, players can play through the Beginnings of a Crisis quest chain.

This story arc will also introduce two new zones in the game. Sanctopolis: Prismatica and Costellacia will be explorable during the new main story, and will have its own side quests too.

Besides new content, there is a host of other improvements in game too, which you can read here. It’s exciting times ahead for this very cute and cuddle MMORPG.

Twin Saga soft launched back in November last year, and we thought there wasn’t much to do once the story was over. Therefore, having a chunky update right now will help the game greatly.

For end-gamers and group players, do not fret. The new commercial update is introducing a few new dungeons as well. Overall, this is a solid update that should keep players invested in the coming months.