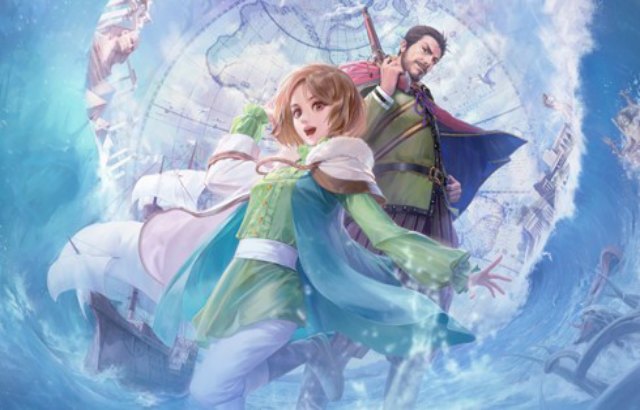 Pearl Abyss announced today that the new region O’dyllita is coming to the world of Black Desert SEA. Starting October 7, Adventurers will be able to explore this

Uncharted Waters Online (UWO) has been under the watchful gaze of Papaya Play for over 3 years and during that time it has continued to rework, develop and publish content for its global audience with 4 major updates a year. Along with those major updates there have been item refreshes washing into their exciting Treasure Cove and Captain’s Ticket on a bi-weekly basis as consistent as the tides.

UWO is a massive historical sailing game set in the exciting Age of Discovery throughout the mid-17th century, when there were still many unknown corners of the globe to explore. It features diverse ways to make a living from trading and exploring to racing and battling pirates or becoming one yourself. Delve and excavate ancient ruins and learn of historical secrets lost to time or trade long distances to maximize your profit; there are many ways to play and all of them are the right way. Whatever you choose there are deep and satisfying systems of shipbuilding and customization, skill development and cultural contributions that allow you to set yourself apart in this diverse world to become the most famous or most powerful version of what you choose to become.

Without warning on Sept 16th a tsunami of change was spotted on the horizon headed straight for the cash shop! Once the waters had receded it was revealed that the tsunami was actually a blessing from the sea granting wondrous new packages to the shop. Never before has this shop seen such a tremendous revamp and, although many items were lost in the turbulent waters, their replacements were sure to excite. From the laziest of sailors to the most hardcore swashbuckler or the fresh-faced newbie to the salt-crusted veteran, there will be something for everyone with the introduction of class and play-style packs. Each of these have been tailored to a specific type of sailor allowing you to get a head start for new players or boost ahead of the competition for already experienced players.

So even if you haven’t tried Uncharted Waters Online before now is a great time to set sail to gain a massive boost in your development with one of the above packs. If it isn’t your first time on the wiley ocean it’s still a perfect chance to take advantage of these new offerings and experience all this revamped shop has to offer.

O’dyllita is a land of darkness that holds ancient secrets and a rich history. Banished from Kamasylvia for burning Kamasylve, the Ahibs ventured to an infertile land where they discovered the ruins of an ancient kingdom.

Adventurers can unveil the secrets of O’dyllita by completing the new questline and knowledge. They can also enjoy the new weapons and gear that will be introduced, such as the BlackStar Helmet. Those who wish to experience the upcoming region sooner, can start listening to its orchestral soundtrack preview now on the official Facebook page.

In addition, Adventurers can now purchase Supreme Old Moon Scrolls from the Pearl Shop until October 6. These will grant Adventurers with an Item Drop Rate +50% buff with a 60 minute duration and cooldown. Various special items such as a High-Quality Draught Box and a Golden Seal of Panto will also be given for every 30 minutes of gameplay until October 14.

The October festivities will also begin in the world of Black Desert. Throughout October, special rewards from Blessed Message Scrolls to Premium Outfit Boxes will be provided based on the amount of Pearls Adventurers use.