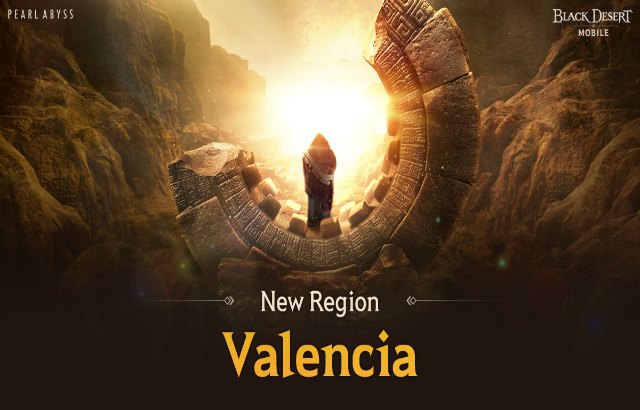 Pearl Abyss today announced that the new Valencia region has arrived in Black Desert Mobile. Starting today, Adventurers can delve deeper into the main story behind the world of Black Desert and fight against powerful enemies for valuable rewards.

Located east of Mediah, Valencia stretches across a large expanse of land that is equivalent in size to Balenos, Calpheon, Serendia, and Mediah put together. There is a vast desert that separates the Valencian Empire from the Republic of Calpheon and claims the lives of unprepared Adventurers.

West Valencia, which includes the Bashim and Waragon Territories, is the first of more Valencia region updates to follow in Black Desert Mobile. West Valencia offers Adventures a chance to acquire Abyssal-grade gear by defeating monsters that reside in the region. The main story of Black Desert Mobile will also be further unveiled as Adventurers play through the in-game quests.

Moreover, it will be easier for Adventurers to obtain high-grade Alchemy Stones as the success rate of crafting and synthesizing Alchemy Stones has been increased. In addition, auto-crafting is now available for Alchemy Stones.

Last but not least, Black Desert Mobile’s level cap has been raised to 75. Adventurers who reach the new level cap will be given a chance to fight against powerful monsters in the new region.