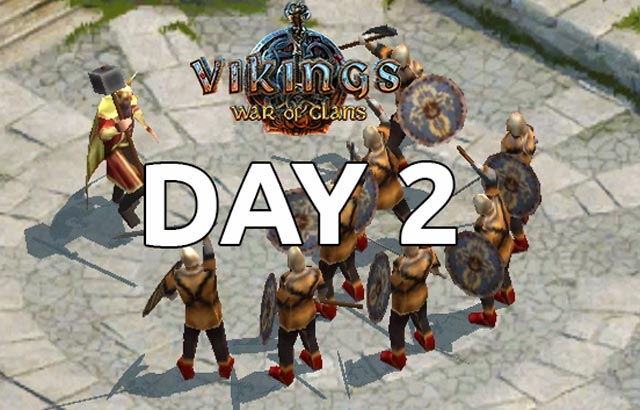 Not mentioned before, but know that your palace; the main building is essential the cornerstone of every building. Meaning to say that the maximum level of upgrades of each building corresponds to your palace. Right around here, you should focus on getting each building up and running. Then build your palaces as well. As you’ve done a whole lot of upgrade and building, time to check the quest. For me, I had completed a maximum of 30 quest just upgrading and building. Then the rewards came in. What is important as well is to always keep the task flow running as they can be useful at certain moments.

“Start building your troops, horsemen and archeress appear to be the greatest by fat.”

Start building your troops, horsemen and archeress appear to be the greatest by fat. They cost average and pack a punch. I would personally advice you to start hitting other players upon reaching level 6 or 7 palaces. Then you can gain a lot of influence and points. Plus, plundering is much quicker than waiting for your resource buildings to provide you with them. Once you send out your attacks just go back to building and performing task. Remember to claim the “Chest of Loki” every few hours to give yourself a little boost. Who knows, you might earn in-game currency which is vital for a pay-to-win situation.

Before claiming your task or quest rewards, make sure to upgrade your vault. I tend to miss it and other players tend to not see it aswell. It is located at the top right hand side of your town, stored very well in the mountaineous region. Checking back on my attacks, although I have lost considerable number of troops, this is still benefitial as it gains my influence points. As mentioned, influence points decides your offensive ranks and the difficulty level of defeating an opponent. It does not necessarily reflect their troop strength so keep that in mind before you attack and send scouts.

“Know that your walls is also important, to boost defences of your troops and building strength.”

Continue building and upgrading, finish up all the spots and save a few for buildings yet to be unlocked. Know that your walls is also important, to boost defences of your troops and building strength. Build and mead hall on the middle, left-most to boost army size. Then build a war bloc, which allows you to go on onslaughts against enemies and send more commands of troops. This allows you to send fake attacks before sending the real one and blasting them to smithereens. A real perk to have in the early game combat. Trophies are also earned, determining higher ranks and different categories of the game. You can compete with friends or enemies, does not matter. Trophies are the main attraction, showing off your empire and town on how strong it really is.