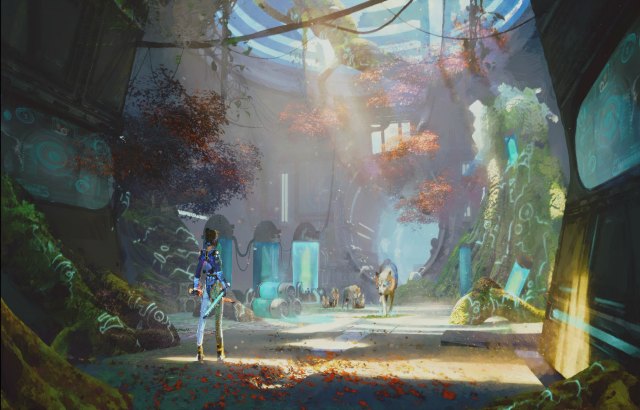 Indie studio Ramen VR announced it has launched a crowdfunding campaign for Zenith, a cyberpunk VR MMORPG for VR and PC. In Zenith, players will be able to play, socialize, and create their own unique experiences in the first cross-platform VR MMORPG.

Inspired by anime and JRPG classics and reimagined as a dynamic living world with cross-play between VR platforms and PC, Zenith offers a futuristic universe in which players will fight, craft, explore, and live as they forge alliances and friendships in guilds and parties. In the game world, the city of Zenith has been sheltered from the mayhem unleashed by the crash of a massive starship. While the beasts and horrors brought by the spaceship have been brought under control, the seal imprisoning the God-King responsible for the chaos grows weaker every day—heroes are needed to venture forth to save Zenith from another calamity. Characters who take up this challenge can participate in epic raids and world events or go solo to become a powerful leader whose deeds will be forever immortalized.

Zenith is the brainchild of Andy Tsen and Lauren Frazier, co-founders of Ramen VR with a decade of experience at Unity, Google, and building startup companies. The duo met at Oculus’s VR accelerator program, which they won, and then co-produced with Oculus Conjure Strike, a 3v3 competitive VR shooter that was nominated for VR Game of the Year and Multiplayer Game of the Year by Unity. In addition to the game’s core team comprised of passionate game talent, Adam Hetenyi, the lead game designer on Trove and The Surge 2, serves an advisor on the project.