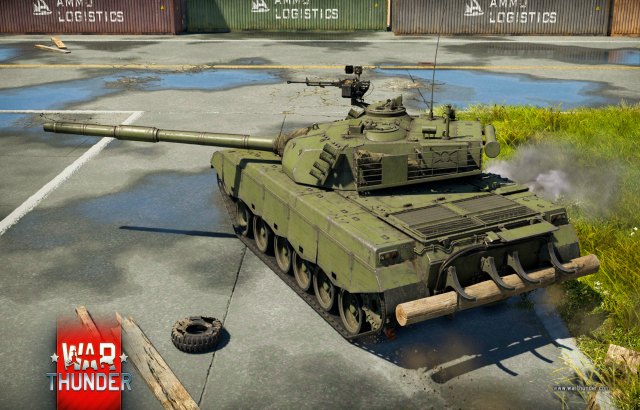 Named after the Swedish word for “barrel”, based on its shape, the J29D Tunnan was an awkward-looking machine, but one with superb flight characteristics for the time, enabled by its swept wings. J29D and the Finnish fighter VL Pyörremyrsky are available as a part of Swedish tech tree preorder packs. The closed beta testing of that tree will start later, with the release of the next major Update.
The Shark Attack update also adds new modern ground vehicles for several nations. For example, the Chinese tech tree now has the ZTZ96 with its powerful 125mm smoothbore cannon supported by an autoloading mechanism and new composite armor protection, and US armed forces fans can now use M1A2 variant of the Abrams tank with depleted uranium armor components. The Soviet tech tree now has the BMP-3 – a lightly armoured and vast vehicle with a diverse set of weapons. Its 100mm primary gun can also be used to launch ATGMs, while a 30mm automatic cannon paired with the primary gun has high-explosive incendiary, tracer, armour-piercing, and APCR shells that can take down enemy helicopters and light tanks. There is also a 7.62mm PKT machine gun.

Larger-sized ships are gradually coming to War Thunder – this time the star of the show is the American heavy cruiser Pensacola, the first rank V ship in the game. Military history fans should also try the British light cruiser HMS Belfast. During World War II it was used to escort the Arctic convoys to the USSR and to provide cover for the troops in the famous D-Day landings that took place in Normandy. Since 1978, the light cruiser Belfast has served as a self contained exhibit for the Imperial War Museum and is permanently moored on the river Thames in London.

The full list of the new vehicles and other updates is available at the official War Thunder website here: https://www.warthunder.com