War Thunder launches Naval Forces, Helicopters and Xbox One version with “Masters of the Sea” Update

War Thunder launches Naval Forces, Helicopters and Xbox One version with “Masters of the Sea” Update 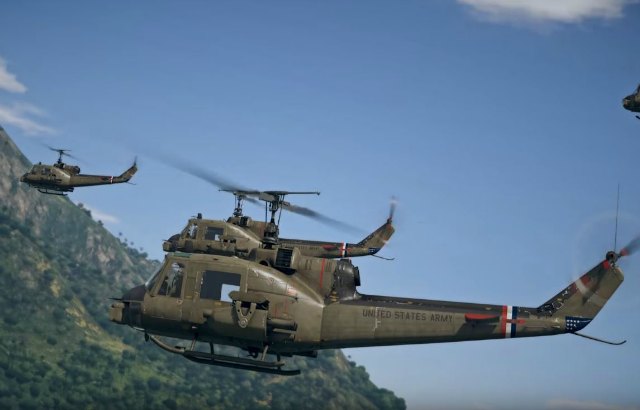 Gaijin Entertainment today released content Update 1.83 “Masters of the Sea” for their vehicular combat MMO War Thunder. The comprehensive update opens the previously closed test of Naval Forces to all players, giving them command of over 80 vessels from the United States, Germany and Soviet Union. Furthermore, helicopters are now available to unlock, the game has become free-to-play on Xbox One and the update includes many other improvements, new features and vehicles for players to try.

The anticipated public release of the Naval Forces for all players on PC and consoles is the biggest feature of “Masters of the Sea”, making 85 historically accurate ships from the United States, Germany and the Soviet Union now available to all players. On locations all over the globe, all War Thunder captains can now command a variety of warships, ranging from torpedo boats to cruisers, in challenging sea battles with and against other player-controlled ships and aircraft.

While the battle for the high seas is on, a new Naval nation, Great Britain, enters closed testing with 26 ships alone, including the famous Flower-class corvettes – the symbol of victory for Britain. Players that wish to  be among the first to try the British fleet can obtain tester access through in-game tasks or by purchasing a British naval pack in the War Thunder store. Development of the Naval Forces mode continues in full swing, with more nations to receive their own ship trees, more ships for existing trees, additional game modes and extended features all planned for future War Thunder content updates.

Also now available are the recently introduced helicopters of the United States and Soviet Union, as well as an entirely new set of German helicopters debuting with this update. Helicopters are a new branch of modern vehicles available in War Thunder that excel in support duty against ground vehicles, but are vulnerable against attack, especially from the air. Players can employ their helicopters in combined arms battles including player-controlled tanks and aircraft, or partake in dedicated helicopter vs helicopter encounters featuring AI ground targets.

With the pre-release phase on Xbox One coming to an end, War Thunder is now finally available as a free-to-play game for all current subscribers of Xbox Live Gold. Players on the console can now join their comrades-in-arms on PC in seamless cross-platform gameplay on tanks, aircraft, helicopters and, last but not least, ships.

Extended features of the update include several new aircraft and tanks for the existing nations, such as the German Ju 288C bomber and Japanese Type 75 multiple rocket launcher tank, as well as  new and improved locations and plenty of other changes and under-the-hood improvements. Recent economy changes saw significantly increased research point (RP) rewards for active ground forces players, especially during longer battles.

More information about War Thunder Update 1.83 “Masters of the Sea” is available on the game’s official website: https://www.warthunder.com