Warface Has Hit The 5 Million Player Mark On Consoles

Warface Has Hit The 5 Million Player Mark On Consoles 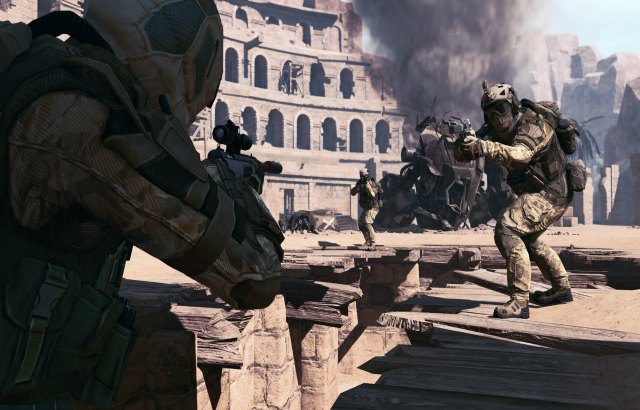 My.com is proud to announce that since the launch of Warface for PlayStation 4 and Xbox One this September, the popular free-to-play first person shooter has obtained 5 million registered console players. In light of this milestone, My.com announced the release of the Cold Peak update for PlayStation 4 and release for the Xbox One this November 27th. This marks the latest addition to Warface’s consistent offerings of monthly free content updates for its console community.

“Warface continues to grow in the console market. In the first week after the official release, more than 1,300,000 players from all over the world have started playing the PS version, and now the number of players on both platforms reached more than 5 million,” said Ivan Pobyarzhin, producer on the Warface Franchise. “The team continues to work hard on the development of the project to provide even more Warface to our players.”

Since the launch of the console version, players have spent about 10.3 million hours online, played more than 2.5 million PvP matches missions and successfully completed over 126 thousand narratively drive co-operative special operations. With the inclusion of the new Cold Peak update, player will have even more content to log hours into. The update includes a new PvE co-operative special operation “Cold Peak”, PvP-mode “Domination”, as well as five new maps for the competitive game.

Features in the Cold Peak update include:

Special Operation “Cold Peak” – One of the most difficult co-operative missions in Warface, in which players will need impeccable skill, accuracy and team work. The special operation is divided into three acts, within each of which players will have to infiltrate Blackwood guarded facilities in the mountains of snowy Siberia in difficult weather conditions and low visibility.

5 New Maps with Unique Modes – The Cold Peak expansion includes 5 new maps each with its own game mode including Air Base, Factory, Fortress, Residence and more. Take your parties skill to new tests of feats with new terrains to learn, adapt and dominate on.

Domination PvP Mode – The long-awaited PvP-mode “Domination” will require both accurate shooting skills and the ability to stay on the move to prevail. The new mode tasks players to capture and defend several key positions on the game map challenging teams to distribute their forces wisely in order to simultaneously cope with the defenses of the existing points and have time to capture new ones.