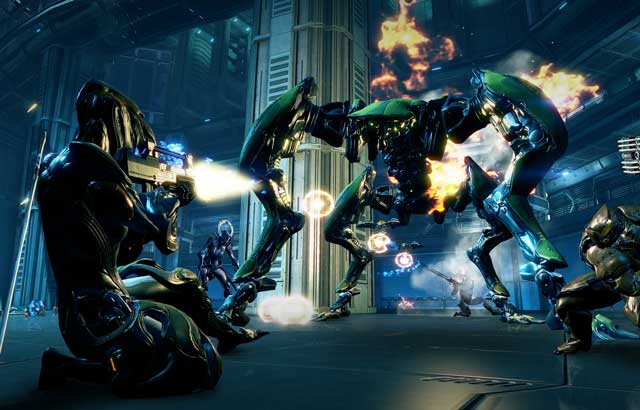 Digital Extremes, the developer behind Warframe, announced a special event in December called the Tennobaum Gifting Extravaganza; the event encouraged players to gift each other items which would add money money to the donation total for the Boys and Girls Club of London. The charity in question promotes good physical and mental health while also providing a range of activities for young people to do that will grow their confidence and teach them new skills.

The developer has just confirmed that players have sent more than 300,000 gifts through the game during this limited time event; as a result, the developers will be donating the full $50,000 to charity and players have unlocked a number of rewards for themselves also.

The final reward that players have unlocked is a brand new Solstice Vanquished Banner, a Scindo Solistice Skin and also a Burston Solstice Skin. All players will be able to claim these items if they log into the game before January 31st, this includes players who didn’t participate in the gift giving event.

In other news, Warframe has won the title of “Best MMO of 2016” from the Top MMOs of 2016 awards hosted by MMOGames. The game has also won the “Best Graphics” award from the MMOSite’s Readers’ Choice Awards.

A new major expansion was released in December for Warframe; The Glast Gambit update included a new Warframe named Nidus which is a plague infested class with abilities focused around fungal infestation. The update has also arrived with a new quest called the Glast Gambit and a range of other new features such as a new game mode, mods, weapons and more.

Fans of Warframe should expect to see more major developments coming to the game in the near future however, Digital Extremes hasn’t released any details about what will be added to the game later this year.