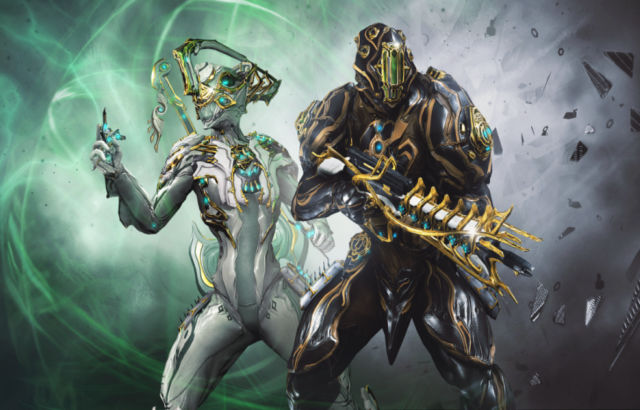 Players will soon be able to upgrade their arsenals with a deadly combination of psychic Abilities and devastating strength as Rhino Prime and Nyx Prime* become available for instant access for a limited-time only through the Prime Vault program on Tuesday, August 10.

In addition, Rhino Prime and Nyx Prime can be earned in-game by collecting and opening certain Void Relics.

Zephyr Prime is a high-speed, armored Prime Warframe that brings a wealth of graceful destruction to the battlefield in beautiful but deadly ways. Chroma Prime is a master of the elements that wields a cold embrace and a fiery rage to overwhelm his opponents.

Players can get instant access to Rhino Prime and Nyx Prime, along with their signature Weapons and Customizations, when the Prime Vault opens for a limited time on August 10 at 2 p.m. ET on all platforms.

What is Prime Vault?

Prime Vault is an extension of the Prime Access program. Prime Vault is a limited-time only, rotating program reintroducing previously retired Prime Warframes and Prime Gear available as a bundle with discounted Platinum.  This Prime Vault offer gives players the ability to purchase Prime Vault packs to instantly unlock Rhino Prime and Nyx Prime.  Players can also choose to earn both Prime Warframes by unlocking through in-game Void Relics.

What is a Prime Warframe?

A Prime Warframe offers increased base stats and extra Polarity Slots which provides for more Mod customization and stronger builds. Not every Warframe or Weapon has a Prime variant, but when given the choice, players should progress their Primes for ideal performance in battle over their regular counterparts.