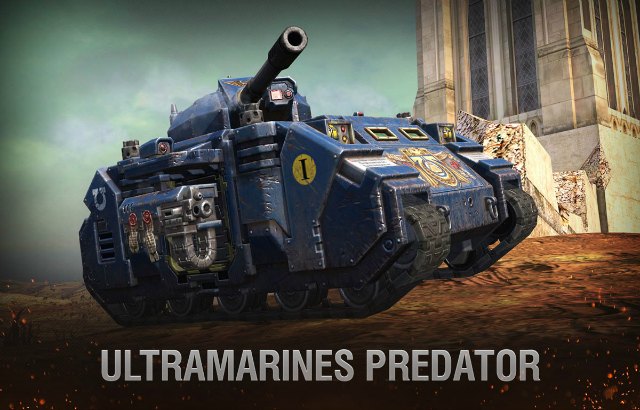 Yes you read that right, Warhammer 40K vehicles are arriving in World of Tanks Blitz. The dream crossover is part of Macragge’s Thunder event that begins this week. Players can get two iconic vehicles including the Vindicator and the Predator. The two will come in Ultramarine colors, if that matters to you.

“To put the Vindicator and the Predator in their Garages and win a wealth of credits, tankers need to earn Ultramarines, Imperial Fists and Dark Angels Emblems in battles, and use these special currencies to complete three stages of “Macragge’s Thunder.” Going through the three additional stages will provide the most stalwart tankers with lots of assorted boosters, a load of spare parts and the camo of the Imperial Fists and Dark Angels for both Space Marine vehicles. During the event, Big and Huge Bonus Containers will offer a small chance to get the Ultramarines’ Vindicator or Predator outright.”
The event will run from October 17th to November 17th. In addition, there are brand new rewards, skins and much more to accommodate the new tanks. Therefore, jump in now and don’t miss out if you’re a fan of both! For more information, check out the official website here.
0 Share
Share Tweet
Topics: MMO MMORPG Warhammer 40K World of Tanks Blitz