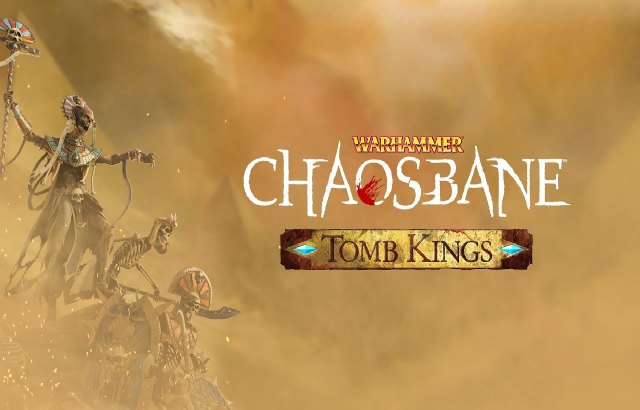 Bigben and EKO Software are delighted to announce the launch of a new DLC for Warhammer: Chaosbane. The Tomb Kings includes a new story that is completely separate from the main campaign.

In The Tomb Kings DLC for Warhammer: Chaosbane, you are taken to the dangerous necropolises of the Land of the Dead. Once a civilisation at its peak with impressive cities and people of noble lineage, the lands of Nehekhara have now been reduced to sand and buried ruins after the treachery of the evil Nagash. Explore an all-new environment and experience the desert landscapes of the Land of the Dead. Help the Amethyst Order in a quest that will expose you to the dark secrets that lie in the ancient crypts of the Tomb Kings. With a completely new adventure to complement the main campaign, the Tomb Kings DLC features an original story and introduces scores of new enemies from the Warhammer universe. Travel the arid deserts of Nehekhara and explore 10 ancient Tombs with varied gameplay that have been sealed for a millennia. Solve environmental puzzles, protect magisters of the Amethyst Order and discover dangerous artefacts in the ancient temples of the Land of the Dead.

The new DLC story The Tomb Kings is available now on Steam for, and on PS4™ and Xbox One early next year.