What Does Dauntless and Albion Online Have In Common?

What Does Dauntless and Albion Online Have In Common? 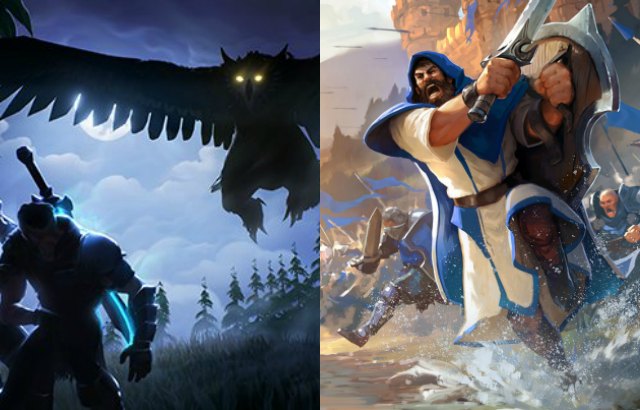 Dauntless and Albion Online are two completely different games. Different developers, different premise, different gameplay mechanics and made on entirely different continents too. On paper, they do share quite a few similarities. And in some screenshots and videos, there’s a lot that fans following both games can see that are similar.

Dauntless is an online monster hunting game that can be played solo or with friends. And no, it’s not going to be an Evolved clone if you’re wondering. Albion Online on the other hand, is a fully fledged sandbox MMORPG  with cross platform playing. So what exactly does these two games have in common?

As a lifelong gamer and now video game journalist, I spend a lot of time playing the games I write about. I look for nuances that other gamers often dismiss as unimportant or irrelevant for their experiences. I’m of course, talking about graphics and presentation. Or more specifically, the overall thematic style that games use to set the tone of their games. Having checked out both Dauntless and Albion Online, I can honestly say they share something in common.

Both games seem to have an emphasis on forgoing rich environmental textures for something a little more simplistic. Take a look at some of the Dauntless gameplay footage. Pay close attention to the environment such as grass, foliage and tree leaves. Rocks even. Now take a look at our first impressions video of Albion Online below, and look at the same things.

It’s uncanny how both games prefer the slightly pixelated theme, with lots of polygons and vectors (more in Albion Online). Albion Online has already talked about their goal of keeping the visuals simplistic to support cross platform play. Dauntless on the other hand, have not touched on this but again, it’s hard to actually say this was a planned coincidence. Nevertheless, I think the styles suit both games just fine.

Another similarity that both games share is their business model. Buy to play remains popular among games and MMOs these days, and that’s part of both games. There isn’t a subscribtion model available. However, there is something called Premium status in Albion Online, and Patron status in Dauntless. The purpose of both is to award paying players some for of in-game buffs and boosts that advances their gameplay. And they will also be given out as pre-launch rewards for Founders who buy the game in the alpha or beta stages.

A premium status in Albion Online is something almost all players will need. It offers such a huge leg up in terms of making progression a much bearable process. As a premium player, you get twice the bonuses to crafting and resource yields, on top of being able to purchase a player island. This is needed to build your own house, farms and other utility stations that will help you with the economy.

Over at Dauntless, the premium status is available in two tiers. There’s Patron and Champion.  When you activate Champion status, you will receive more materials when you slay a behemoth. When you activate Patron status, everyone in your party, regardless of their status, will receive more materials when you slay a behemoth. Additionally, this perk stacks so that the more slayers in your party who have Patron status, the greater the effect. Enabling Patron status will also give you a chance to discover cosmetic items dropped by behemoths, which other than Chroma Cores you purchase will be one of the only ways to obtain them.

While it isn’t clear exactly how advantageous these statuses would grant players who can afford to pay over those who can’t, these are options that both games share in common. Pay to win? Perhaps, but only time will tell.

Both games also have a huge emphasis on crafting to progress your gameplay. In Dauntless, monsters and beasts will drop resources (more if you’re a Patron or Champion Status). These are then needed to start crafting the shiny goodies. Albion Online is pretty much the same but multiplied ten times over. Every Tier will have progression systems that involves crafting. If you want better gear, you either buy them or craft them. And with five different crafting professions to Tier up, it’s a time consuming process that, guess what, being a Premium status player can totally speed up the process.

So yes, those are just the common traits both games share. What do you think, are there more? Share with us in the  comments below.