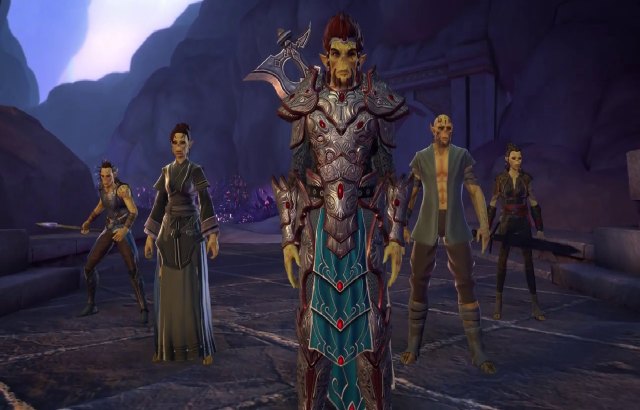 Cryptic’s free to play Dungeons & Dragons MMORPG Neverwinter has just announced Module 17, Uprising. In case you haven’t seen what’s coming this August, here’s a preview. The new playable race is a welcome addition, considering the world of D&D is huge with plenty more to uncover. However, 2019 hasn’t just been about new races for Neverwinter. There’s been a ton of changes and updates to the game since Mod 16, Undermountain and its expansion.  If you’re a new or returning player, here’s why you should check it out.

Simply put, Neverwinter had gotten to a point where combat was brain dead easy. Anyone with a max level class with half a sniff of decent gear could one-shot anything including dungeon bosses. The new expansion has overhauled everything. Classes and their abilities and growth should feel a lot more engaging to the player.

Undermountain has made item level far more consistent and therefore make it a more accurate gauge of player potential. Along with fixes to item level, the addition of item level scaling should provide a better version of scaling going forward. Now the game will scale a player down to a target item level. This system is often used by plenty of other MMORPGs to good affect, so it’s a good thing that Neverwinter are jumping on the bandwagon here.

With the changes to classes, powers, and balance in Undermountain, the devs also wanted to step back and look at the way stats work. Now, players and enemies have opposing rolls: stats that lower their opponent’s chance to deal a critical strike, lower their combat advantage damage, and more. Certain stats have been removed and converted to one of these new stats.

And that’s just the tip of the iceberg for Neverwinter. This might have touched only the major tweaks of how this MMO is reinventing itself. But the new content is worth a look. For the first time, players are venturing to Undermountain beneath Waterdeep. In a series of crawler style content, you’ll get to discover unique biomes and adventures and much much more. And of course, it’s all free so why are you still here?