Winterfest celebrations have begun for Paragon

Winterfest celebrations have begun for Paragon 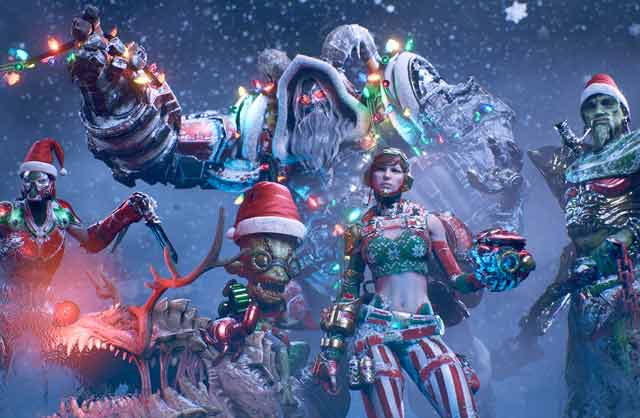 Winterfest celebrations have begun for Paragon:

Paragon has just started its holiday season event with the release of Winterfest where player have a chance to win loot rewards, purchase exclusive skins and find special codes for Card Packs, Boosts and more.

The MOBA may only be in Early Access but developer Epic Games is dedicated to the game with regular updates and new heroes being introduced to the game; the team has just released their latest update which has added the special Winterfest event.

Winterfest rewards can be gained by playing the game and watching videos outside of the game; there are a variety of ways to earn the special holiday season rewards and a variety of skins will be on sale for the next two weeks also. Five special Winterfest skins will be on sale until December 13th and there is also a chance to get these skins in some of the loot boxes that will be going for for players who complete certain tasks.

Rewards can be collected from watching YouTube videos from the Aylit account; these videos will contain reward codes which are embedded into the videos and can be used in game to unlock Reputation, Card Packs, Boosts and the rate Winterfest Skins. Each code only has a limited number of times if can be used so players will need to act fast to grab the loot.

To collect codes from Twitch, players need to link their Twitch Account to their Paragon account; rewards will be randomly handed out to players who are watching channels or streaming on Twitch.

Winterfest will last until January 9th and all players have a chance to win some of the seasonal loot however, the skins will only be on sale until December 13th.