With Marvel Heroes Shutting Down, Could This Be The Start For A Marvel Gaming Universe?

With Marvel Heroes Shutting Down, Could This Be The Start For A Marvel Gaming Universe? 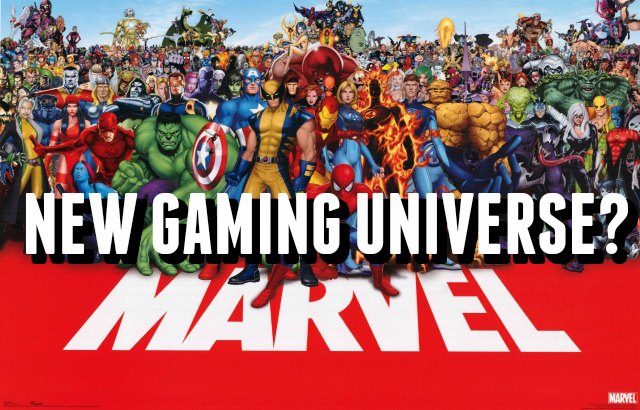 Marvel Heroes, Marvel’s only superhero MMO on the market announced it was shutting down last week. Disney and Marvel have decided to cut ties with developers Gazillion Entertainment, who admittedly did not have a great year. The game even made it onto consoles this year with the launch of Omega, but never got the chance to prove its existence. So with the only notable Marvel online game shutting down, the bigger question remains. What does Disney and Marvel plan to do moving forward with Marvel games?

Take A Page Out of DC’s Book

From a neutral’s perspective, when you think of superhero games, DC’s range of titles are more prominent. The truth is, DC have been at this (gaming) far longer than Marvel, and it shows. The quality of some of its single player titles like Batman Arkham Asylum, Injustice and even DC Universe Online is noteworthy. Marvel on the other hand, have nothing to compete with, especially online now that Marvel Heroes is on life support until the end of the year.

So should they try again and compete in the online space? I think so, and Marvel fans globally would want to see that, so at least there is a guarantee of support which translates into revenue, should the game be worthwhile playing. Should it be an MMORPG in the mold of DC Universe Online? That’s the tricky question. Marvel will have to put out something truly special to stand out.

The Risk Another Of Marvel MMO

There are obvious benefits for going the MMO route. MoH may have failed, but that’s in no part down to Marvel. And let’s not forget, when Marvel Heroes first launched, it was actually fun at release. It felt great to hack and slash through clusters of enemies using Thor, or Iron Man and Cap. However, the risk can be overwhelming to overcome again, should Marvel either re-release Marvel Heroes under new developers or make an entirely new game.

It’s possible that there’s a burnout from anything superhero at the moment – from movies to video games. Even DC’s MMORPG is just getting by, it’s not right up there with the top MMORPGs of today’s world. Let’s not forget the tragedy that is City of Heroes either. That was a great game marred by NCsoft who cared nothing for its players and the IP. Marvel will have to navigate these issues, learn from other’s mistakes and create an online Marvel Universe that offers something truly unique. But what will that X factor be?

That X factor in my opinion, is to do what Marvel does best. Telling huge interweaving narratives across time and space that makes audiences feel connected. If they can somehow introduce this with a new batch of games, across all platforms, then they may have their secret sauce to conquer the superhero genre in gaming. It won’t be easy – hell even suggesting it gives me the shudders. It’s not as easy as what Marvel does with the cinematic universe. Games are complex, hard and expensive development projects that must be competitive to even have a player base and a shelf life. Disney does have the budget though, so who knows. End of the day, I’d really love to see Marvel come back with an MMORPG that can stand toe to toe with the big boys.