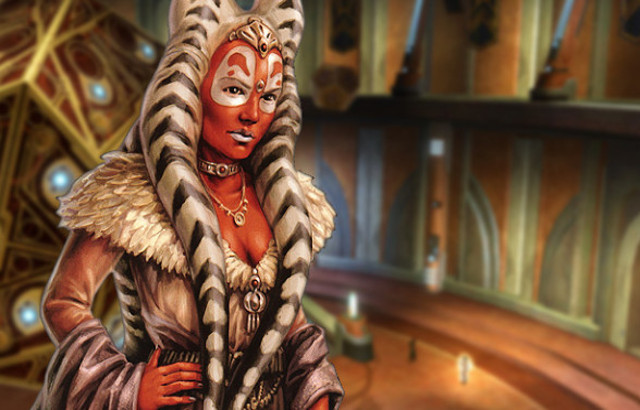 A New study by Quanitc foundry has tried to put some sense in the often debate about women gamers. One of the conclusions from the study is that woman actually prefer to play Star Wars The Old Republic Over World Of Warcraft. The study, which relied on data from 270,000 gamers has a lot of interesting conclusions.

Since the study uses a lot of data it had to slice the audience a little further. It is a difficult mission to divide games into categories since a game isn’t made for a category. The traditional borders between strategy and MMORPG are blurred, so as for other type of games. The researchers have divided the MMO Genre into two sub-categories: High Fantasy and Sci-fi. The researchers have found out that 70% of casual games players are female. This is relevant for games like Candy Crush, Bejeweled, Farmville and more. On the contrary, only 2% of Sports games players are female. Hence, Games like Madden, NBA 2K and FIFA aren’t popular among the ladies. The variance of female gamers between categories is huge, From 2% to 70%.

Therefore, it’s not surprising that women consist 36% of High fantasy MMO’s and 16% of Sci-Fi MMO’s. The most interesting conclusion is that women really like Star Wars the Old Republic. For a sci-fi mmo it has 29% female Gamers. This is almost double the amount of women players in the genre. On the contrary, World of Warcraft is one of the most successful MMO franchises. However, females are only 23% of the players. This has came as a shock to me because i have always thought that WoW’s popularity will effect women much more than a sci-fi MMO will. But, i’m glad to be wrong. I think that Star Wars the Old Republic is an awesome game for all genres.

What do you think? Which game is better? Are female gamers better than male gamers?