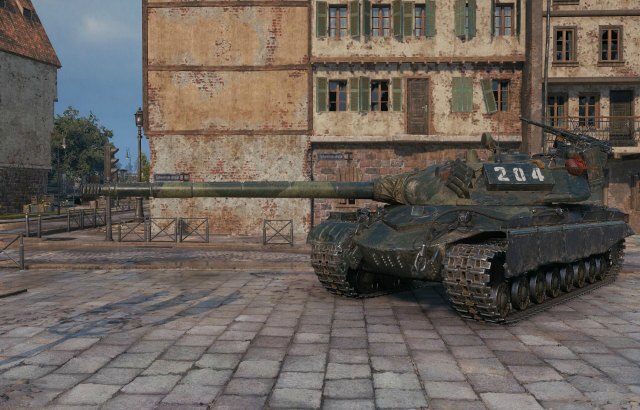 For the first time in World of Tanks history, Battle Pass has arrived, and it is here to stay. Set to be a long-running event – the inaugural season of Battle Pass will run from March 12th to June 10th 2020, giving players the chance to enjoy exciting rewards and a gratifying addition to the World of Tanks gameplay experience. And this will not simply be a one-off – the Battle Pass will return for a number of seasons following this inaugural event!

“The new Battle Pass will change the way that players enjoy World of Tanks, allowing them to earn amazing rewards by simply playing the game,” states Max Chuvalov, Publishing Director for World of Tanks. “This event will also be one of a series of seasons – so make sure to get playing to start earning those progression points!”

To enjoy the many benefits offered by World of Tanks Battle Pass, players have to join Random Battles (except for Grand Battles), earning progression points that will relate to their XP and position in the post battle ranking. So even through a victory, defeat or draw – players will still earn points that will stay with them and enhance their Battle Pass progression.

To create a real sense of achievement for players, the Battle Pass progression system includes two challenges: Main and Elite, with Main featuring 45 stages, and Elite with 100. Once all 45 stages of the Main Progression are completed, players can jump straight into Elite Progression – getting the chance to fight for more points, bigger rewards and even an Elite Chevron that will boast their current Battle Pass stage and in-game skills to other players.

Those who reach the 45th stage of the Main Progression will be granted exclusive 3D styles for one of the two special vehicles (the Super Conqueror or the Object 277) and a commander with enough XP to learn three extra skills/perks.

Players also have the opportunity to add to this event with the Improved pass – helping them to achieve an even bigger heap of rewards from the Main Progression or the Elite Progression pool of prizes. This can be obtained during any stage of the event.

In order to experience World of Tanks Battle Pass, Players must have a Tier VI (or higher) vehicle at hand.
About World of Tanks
World of Tanks is the first team-based, massively multiplayer online action game dedicated to armored warfare. Throw yourself into the epic tank battles of World War II with gamers all over the world. Your arsenal includes over 600 armored vehicles from 11 nations, carefully detailed with historical accuracy.