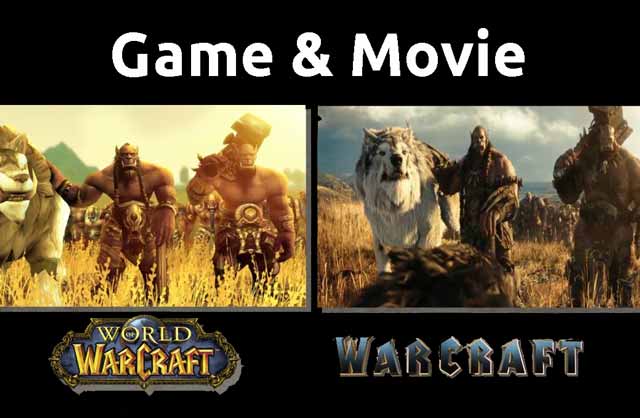 Ever since the release of movies based of games such as Doom, the thriller-horror game and the Silent Hill series, the public opinions stands against it. “Stop, no, it’s all wrong, why did you do this?” are some of the many words uttered by the heartbroken fans of each of the games. It was a protest or much like a cry for help. Spending hours pressing buttons, immersing themselves into the horror and thrill of survival games and comprehending the twists-and-turn of the story that unfolds, is the new World of Warcraft movie will satisfied the fans? let’s find out!

The problems with movie adaptation is, squeezing in all the information and the development of the character of the story into a compact-sized video lengthening up to 1 to 2 hours. Of course, it is impossible and the producers and script writers should know better. They honestly should.

However, the recent movie released as of 2016, featuring the largest population of MMO players in the world and the pioneer and the first of its kind MMO roleplaying game (MMORPG); The World Of Warcraft was a major success. Ask any MMO player and they would instantly name you World of Warcraft amongst their selection. World of Warcraft or WOW was regarded as the beginning of MMORPG series and was used as a base as to shape the UI systems and basic features included in the game such as:

Coming back to the movie; Warcraft, it was undoubtedly one of the major hypes for WOW fans and non-players as well. The movie had prompted old players and new players to join WOW and experience the world themselves. What made the movie so accomplished was by the script writing, choice of actors and most important of all; high quality, surreal CGI effects and character make up.

We’ve all seen the trailers and the Orcs, but if you look at the “behind the scenes” footage, the comments about the amount of effort done by the production crew were simply an understatement. The producers had also created a standard, as they would make sequels to the movies, allowing greater content to be shown through the movies. Although they did tweak bits of the movie such as the scene where the female orc leader released and protected her child to the death. It was played sufficiently well and was disregarded.

Either way, it is too soon to say that the series is fulfilling to the lore and the of quality film production was satisfying. As of now, the first movie was a hit but let’s hope the crew does not get clouds over their heads. Even the tiniest of detail may cause fans to retract their statements.