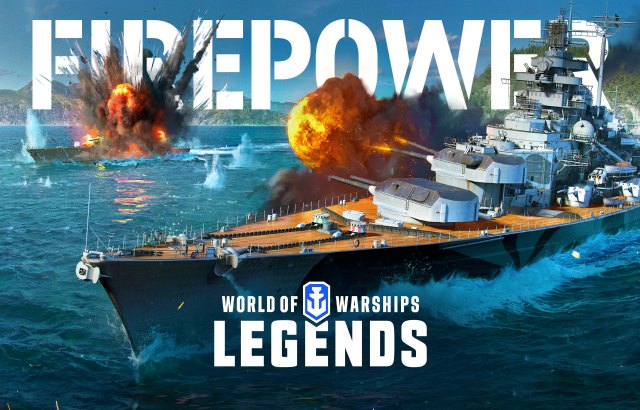 World of Warships: Legends goes into full release worldwide today and adds new content, including German Battleships in early access, German destroyers, and its most ambitious campaign to date centred around the legendary battleship: Tirpitz. The release will hit players worldwide on August 12th,giving them the chance to get to grips with the new ships and on the way to the Tirpitz.

World of Warships: Legends is a completely new entry in Wargaming’s World of Warships franchise and is built from the ground up with consoles and console gamers in mind. The game is available on PS4 & Xbox One and uses the full capabilities of the current generation of home consoles. Experience epic naval battles, detailed warship designs, historical commanders, stunning oceanic vistas and more!

Throughout its four-month early access, World of Warships: Legends has been releasing new content and quality of life improvements. The game has seen the launch of the German Navy with seven new commanders, two campaigns giving players further access to new content, and a boatload of bug fixes and improvements to graphics, sound, and the user interface.

The new update marks the full release of World of Warships: Legends! To celebrate the release, players are getting the opportunity to take part in a campaign to earn the lonely queen of the north—the battleship Tirpitz. In order to receive the full benefit of the Hunt for Tirpitz campaign, players should get Admiralty Backing. The campaign will be available for five weeks, from August 12th to September 15th, giving players the opportunity to progress through 100 levels by completing a myriad of challenges and weekly missions. Along the way through each of the 100 campaign levels, players will be showered in rewards ranging from credits to premium time! Players will also receive new campaign currency on the way, giving them a chance to play some of the upcoming German Battleships such as the Gneisenau or Bayern.

The German battleships in early access are renowned for their durability and firepower in a brawl, but their potential at close-range can become a handicap as the distance increases. Players will have to adapt their strategies to the new play-style to make the best use of them and develop new tactics to counter these behemoths. Representing German Battleships as a top-tier premium leviathan, the Tirpitz epitomizes the new play-style of the German battleships: huge, insanely tough, and with potent secondary cannons—an unmatched brawler. The Tirpitz also packs an unexpected surprise for a battleship—torpedoes. To break it down, players can expect German battleships to have the best up-close-and-personal firepower and unmatched grit.

The players will also get to fully experience the devastating efficiency of Germany’s up-armed destroyers in this update, from the V-170 to the Z-23. These destroyers are infamous for being filled to the brim with firepower, even packing cruiser-calibre guns in some cases. Such powerful guns alongside rapidly-reloading torpedoes and sonar (at higher tiers) help players punch above their weight class.