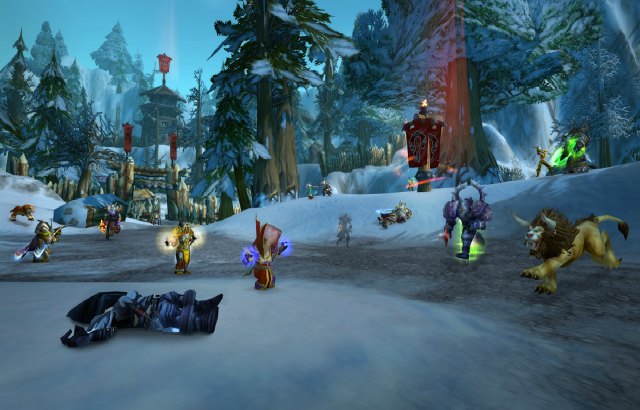 Calling all WoW Classic PvP players, the time has come to put your skills to the test! Blizzard has just recently launched PvP Battlegrounds! The drums of war sound once again, and champions of the Horde and Alliance eager to take the fight to players of the enemy faction now have two Battlegrounds—Warsong Gulch and Alterac Valley—upon which to face their foes in World of Warcraft Classic!

While players on PvP realms have been progressing through the Honor System ranks clashing at key points of conflict around Azeroth, these instanced Battlegrounds will provide players on any type of realm with structured opportunities to earn meaningful amounts of Honor and help them climb the PvP ranks. Learn more about these battlegrounds below.

Test your teamwork in this 10 vs. 10 capture the flag battleground. The first team to capture three of the opposing team’s flags wins the match and earns Honor toward their PvP ranking.

To join the battleground, you’ll need to be at least level 10 and visit the battlemaster in one of the capital cities to queue or, if you’re feeling adventurous, travel to the battleground in the Northern Barrens (for Horde) or Ashenvale (for the Alliance.)

You’ll be matched up with other players within a specific level bracket as follows:

Step into Alterac Valley and prepare to engage in a battle for every square meter across this battleground. You’ll need to coordinate with your team in a 40 vs. 40 grudge match to see who will come out on top.

To queue for this battleground, you’ll need to be at least level 51 at the battlemasters within the capital cities or head out into Alterac Mountains to queue up there.

You and your team will need to coordinate to meet both PvE and PvP objectives to win. You’ll control key locations such as mines, towers, and graveyards, which will help you push further into the map toward the main objective—the opposite faction’s general Vanndar Stormpike for Alliance and Drek’Thar for the Horde. You can make this task easier for you and your team by destroying enemy towers and killing the elites guarding the generals.