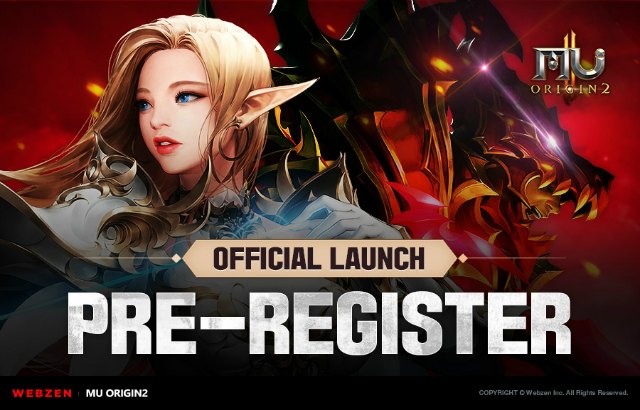 Webzen has announced that its new mobile MMORPG MU Origin 2 is now up for pre-registration on Google Play. MU Origin 2 is the second mobile spin-off from the main MU series and blends the franchise’s predominant combat system and characters with greatly enhanced visuals and a more intense gameplay experience.

Following the game’s success in Asia, MU Origin 2 will have a fully localised release in North America, Latin America and Europe. Every player will be able to pre-register for the game on Android through the Google Play Store, and receive a notification at the Official Launch. Special pre-registration rewards are coming with the launch as well. To pre-register the game, visit: https://play.google.com/store/apps/details?id=com.webzen.muorigin2.global.google

To gear up for the game’s launch, WEBZEN held a closed beta test from March 29 to April 7, allowing Android gamers to give a portion of the game a test drive. From the closed beta, WEBZEN collected all the data and revealed MU Origin 2’s beta infographic to illustrate the massive pool of player statistics collected from the beta.

The beta tester’s most picked class was the Dark Wizard among three classes – Dark Knight, Dark Wizard, and Elf. The number of levels cleared in the tower was 2,337,791 and 38,274 players were killed in PvP battles. Millions of potions and feathers were used in the beta.