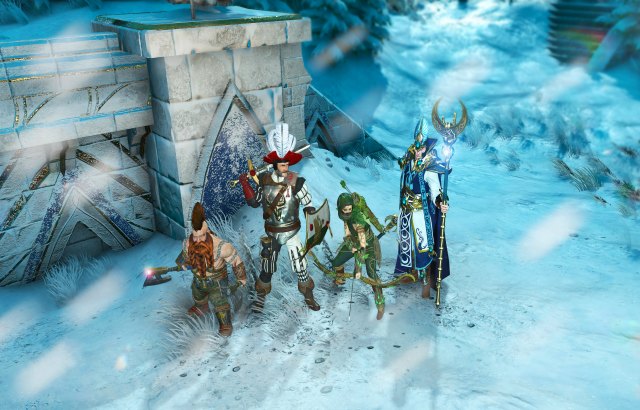 Brand new ARPG Warhammer: Chaosbane is now available on PlayStation 4TM, Xbox One, and PC. After two beta phases that united Warhammer and hack-and-slash fans alike, EKO Software is proud to announce a game that remains faithful to the lore while simultaneously offering game mechanics never seen in its genre before.

Konrad Vollen the soldier, Elontir the mage, Bragi Axebiter the dwarf Slayer, or Elessa the archer: which hero will you choose, alone or with your friends, to come to the Empire’s rescue and push the Chaos back?

The first action RPG to take place in the Warhammer Fantasy Battlesworld, Warhammer: Chaosbane plunges the player into the heart of the Old World, a continent marked by the Great War against Chaos, a bloody conflict which ravaged the Empire of men. They will embody a human, a high elf, a wood elf, or a dwarf, and discover the iconic locations of the Warhammer Fantasy Battles universe that’s captured the imaginations of millions of fans across the world.