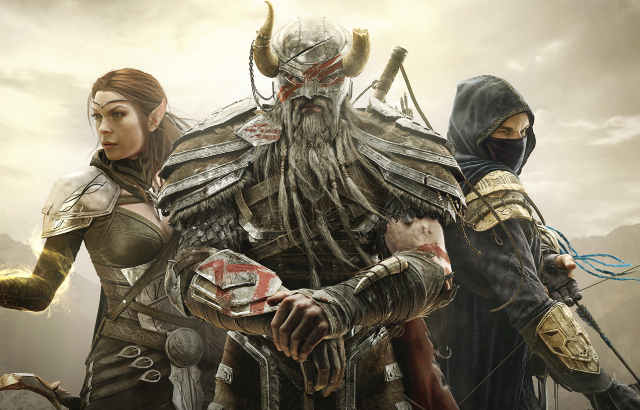 This teaser post doesn’t reveal much information but it does contain a short GIF. The GIF seems to be the cooling magma from the aftermath of a volcanic eruption. It was posted with a cryptic “#ESO” as the only text on the tweet.

While this information could seem like next to nothing to some people, for fans of the Elder Scrolls universe it’s quite clear what this is.

Vvardenfall has a volcano that regularly erupts and covers the land in lava. As a result of this, the area have become barren an inhabitable. This is the main location in the Elder Scrolls universe that could fit the tweet.

In addition to this, rumors about Vvardenfell have been around for quite some time now. Coding for the area has been found hidden in Elder Scrolls Online since the game was first released and during the beta, the zone was listed as a future area. Recent DLC for the game seems to contain pieces of the new zone also with the most recent patch containing an overhead map of Vvardenfell. While most of the area was in the map, there were some sections missing from it.

The full details about the discovered coding is available on the Elder Scrolls Online Wikia.

it still hasn’t been confirmed yet but it certainly looks as though Vvardenfell will finally arrive to the game. This year is the 15th anniversary of the release of Elder Scrolls Online III: Morrowind. Therefore, it would be an appropriate time to introduce the zone.

Zenimax Online Studios will be unveiling news about this teaser video tomorrow on the Bethesda Twitch channel. The stream will begin at 11:00 am Pacific / 2:00 pm Eastern time. It’s unknown how long the stream will be but those who miss it should be able to watch the video on demand of the livestream at a later time.