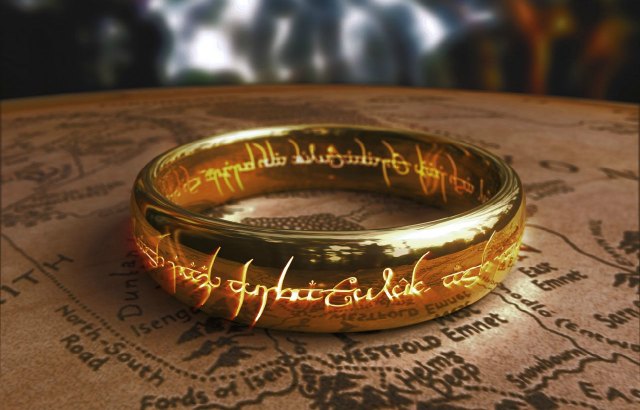 Fans of Lord of the Rings got a surprise announcement on Monday as a brand new LOTR MMO announced itself. Developed by Athlon Games in partnership with Middle Earth Enterprises, this new LOTR MMO aims to take players back to an earlier timeline of Tolkien’s fantasy world. Unmistakably marked as an online game and MMO, here’s the five exciting facts that you need to now.

Takes Place Before The Lord of the Rings and The Hobbit

Tolkien’s world of Middle Earth is a fantastic hub of stories and lore, and we’ve seen much of it today through film, books and video games. Most of it has been about the Third Age. This is the time period where The One Ring saga plays out. Frodo takes the Ring to Mount Doom, and slightly earlier in the events of The Hobbit, Bilbo steals the ring from Gollum in Goblin Town.

The new LOTR MMO by Athlon Games will take place a long time before the events of The One Ring Saga, which is exciting. Us fans will get to explore new lands, creatures and people never before seen in video games let alone an MMO. Because there’s such a wealth of source material in this early timeline – First Age and Second Age – we can’t wait to see what the developers come up with. Ultimately, it will be a refreshing change of pace from the overused One Ring saga period.

Athlon Games have gone out of their way to stress that the new MMO will be free to play. This means that more of Tolkien’s world and stories can be told virtually without an asking fee. Of course for an online game, free to play simply means that the game has to make money somewhere. So don’t rule out microtransactions, cash shop shenanigans and loot boxes just yet. Interestingly, the current and other LOTR MMO available right now is The Lord of the Rings Online by Standing Stone Games which is also free to play. One wonders how two MMO’s set in the LOTR universe can co-exist, but the difference will be the timelines of course, and Athlon Game’s rendition will undoubtedly have the improved graphics. 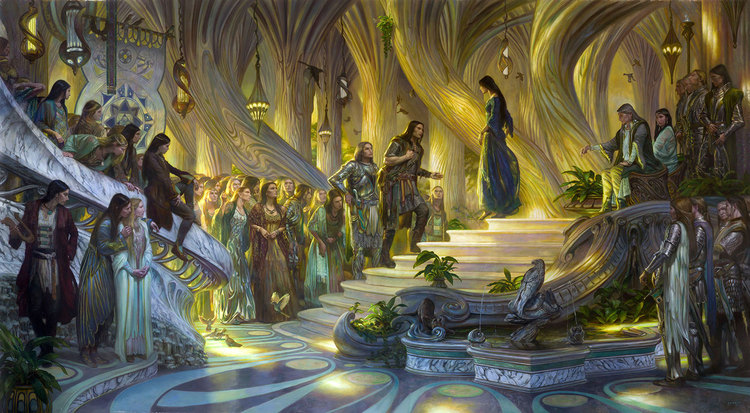 Related To Digital Extremes and Warframe

Perhaps most intriguingly, is how connected the studio behind this game is to Warframe. Based in Burbank, Athlon Games is a subsidiary of Leyou Tech of Hong Kong who also owns Digital Extremes. Now the latter are the studio responsible for the hit game Warframe. What does this mean?

It simply means that these guys have the collective expertise and know what they’re doing with online games. Warframe is incredibly fun, and as a free to play game, very fair as well when it comes to monetization. If Athlon incorporates that into this new LOTR MMO, many would not mind the game being free to play at all, despite the slight negativity that comes with being such a game. For example, being branded “pay to win”.

Might Be The First LOTR MMO To Arrive On Consoles

And because of the connection between the two studios and the parent company, this upcoming Lord of the Rings MMO will have a chance to reach audiences that older LOTR games never could. Leyou has been able to push Digital Extremes and Warframe to hit any console available. It started life on the PC just fine, and has become one of the most popular games ever, with over 38 million players having played the game. That meteoric rise has given them the liscense to hit the consoles and even launch on the Nintendo Switch.

The key takeaway from that is Athlon Games will have access to that expertise, and should leverage that to push their MMO across platforms as well. The Lord of the Rings Online (LOTRO) never got that opportunity due to technical and time barriers, but the future of LOTR games is definitely looking good.

Possible Tie In To The LOTR Series On Amazon

The timing of this announcement might have something to do with the upcoming Lord of the Rings series on Amazon. Announced quite a while back, the new TV show similarly takes place in an earlier setting than the events of The Lord of the Rings. Without the original cast and film crew, the new series will have to work hard to gain new audiences besides loyal Tolkien fans, and a companion game will help.

That’s where the new MMO comes in. If deadlines meet (highly unlikely), one would suspect Middle Earth Enterprises would love to have both products released close to each other for maximum marketing and promotion. And as a fan, I’d love to see both become successful. It’s about time we put Middle Earth back on the map.