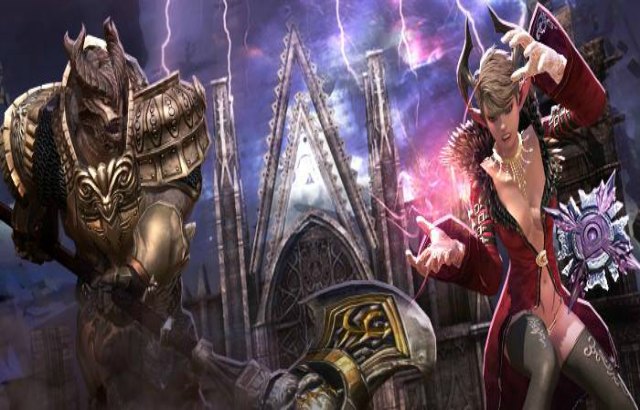 En Masse Entertainment, a player-driven publisher focused on delivering great games and great service, today announced that, following the success of recent technical testing on consoles, their flagship MMORPG TERA will be making its long-anticipated debut in the “first half of 2018” on the PlayStation®4 computer entertainment system and Xbox One, the all-in-one games and entertainment system from Microsoft. The long-standing world of TERA has hosted over 25 million players worldwide, and is embarking on its path to console this year.  To mark this milestone, the team released a development diary taking players on a brief trip through the history of their efforts to bring TERA from players PCs to their home consoles.

Today’s developer diary takes a brief look back at the publisher’s path to bringing their “True Action Combat” MMORPG to consoles. The team’s desire to bring TERA to consoles early on was stymied by hardware limitations, so while the previous generation of consoles continued, they focused their efforts on strongly supporting the title on PC. However, with the onset of the current generation of consoles and rising desire from fans to play the game from their living rooms as well as PCs, En Masse’s efforts were revived and work began anew to bring their award-winning MMORPG to an all new audience. Check out the video for more on how the TERA console project took form over the years from Senior Product Manager Matt Denomme and Senior Project Manager Daehyun Shim.

As the only MMORPG with True Action Combat, TERA’s real-time and skill-based gameplay is the perfect fit for home consoles. While the game already supports a gamepad on PC, the developers redesigned the console version’s control scheme from the ground up to ensure a responsive and visceral combat experience. They rebuilt the game’s user interface for consoles with the controller and living room viewing distances in mind.

Look for additional details about the home console release of TERA, including beta test plans and release date, in the coming months.