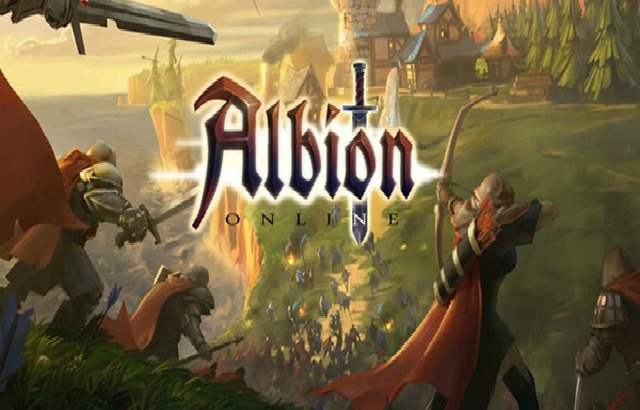 Sandbox Interactive has announced the third major post-release content update for Albion Online, titled “Lancelot”. This expansion will be available for all players of the sandbox MMORPG on March 12th, 2018. With “Lancelot”, the open world of Albion Online will gain more depth and complexity: the expansion includes new Hellgates, optimized server performance during large-scale battles, and a new fishing system that lets adventurers fish in the waters of Albion and search for treasure. The update also provides changes regarding guilds, roaming mobs, luxury goods, and many additional improvements.

Overview of the most important features of the Lancelot update:

The waters of Albion are open for intrepid adventurers. Players can now fish in Albion’s rivers, lakes and oceans for common fish, trickier “bosses” or rare sunken treasures. Different biomes and settings offer different types of fish, as do freshwater and saltwater. Fish can be used as ingredients for meals or sold. As with other resources in the game, fishing will have different tiers. The most legendary catches can be used to decorate the walls of players’ homes as trophies.

The Lancelot expansion gives guild leaders a wide set of new tools for delegating roles to guild members, tracking resources, setting permissions and accessing items from multiple locations. By handing out responsibilities, guild members can focus less on administration and more on gameplay actions like looting, gathering, and preparing for battle. With new guild vaults on guild-owned islands and territories, all guild members will have easier access to a shared guild economy.

The second GvG Season will see some big changes: players can place Rogue Mages in enemy territory to steal energy for their own guild. Siphoning Mages will spawn more slowly as their numbers increase – but higher rewards await after a successful battle. All their dropped energy can now be claimed directly by players on the battlefield. Together, these changes will provide new incentives for participation in GvG battles.

The Lancelot update will introduce Level 3 Artifact Armors, which offer enormous power to those who master their intricacies. Items like the Judicator Helmet and the Specter Hood provide both defensive and offensive strategies. This new potential brings combat in Albion to a whole new level.

With the expansion, NPC factions will propagate further in the biomes: instead of only being limited to camps, they will now spawn everywhere in the world. These roaming mobs can be defeated by solo players or small groups. Those who are brave enough to venture into the open world can expect higher rewards that those found in Expeditions. The mobs will vary in rarity and difficulty, from basic scouts and stronger troops to powerful bosses that offer huge amounts of fame and silver.

These special items are dropped by mobs and consist of antiques from Albion’s ancient past. All categories of Luxury Goods can be found throughout the world, but each category can only be sold in a certain city. Players will have to transport many of these items across dangerous lawless territory. This enables players to open new opportunities for trade and transport, by buying cheap at a faraway location and selling for a higher value at the destination.

Lancelot will introduce new types of Hellgates for smaller PvP battles, as well as a new naming system:  in addition to the blue 2v2 Hellgates, new 2v2s will be introduced with the rules of red and black zones, for spontaneous full-loot PvP. Yellow, red and black zones will keep their “Greater Hellgates”, which use the larger 5v5 map.

“In the Raven’s Claws” will add a new Tier 6 Group Expedition. It tasks players with rescuing a captured agent from the clutches of the Disciples of Morgana before he reveals critical secrets. Additionally, the expansion adds a new Siege Ballista for open-world warfare, plus balancing changes, bug fixes and numerous additional optimizations.

The Lancelot update will be released on March 12th, 2018. Further information regarding the expansion can be found here: https://albiononline.com/en/update/Lancelot