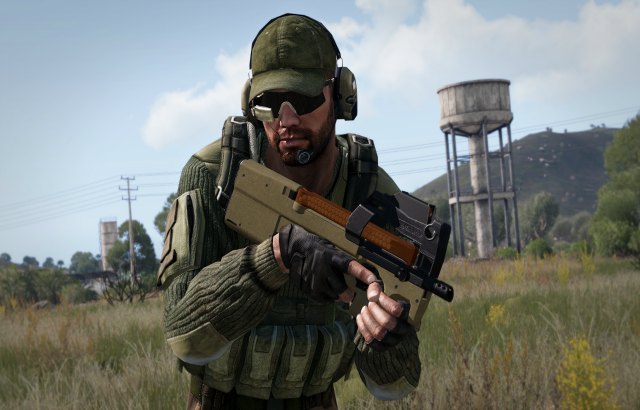 Bohemia Interactive today released a free update for Arma 3, which introduces a new competitive multiplayer mode called “Warlords”. A trailer video explains the mode’s basic concept in the form of a military briefing.

In Warlords, there are two competing teams, and their goal is to capture the base of the opposite side. Players start the match by joining either the NATO or CSAT faction. Both teams then need to start conquering sectors across the map, belonging to non-player AI forces from the AAF faction. By establishing a chain of linked sectors, opponents can plan a route from their own base to their enemy’s base. Once they reach their destination, they can stage an assault against the opposing side’s base to win the game.

During the match, players can also earn Command Points. The better an individual’s performance on the battlefield and the more sectors held by their team, the greater number of points they will have available to them. These can be used to request airdrops with additional vehicles, special weapons, superior gear, friendly AI reinforcements, or strategic advantages such as fast travel and sector scans.

Besides the Warlords multiplayer mode, Update 1.86 also incorporates the ADR-97 weapon pack (which originally served as an official showcase mod) directly into the base game. That means players, but also content creators and server hosts, can make use of this family of weapons without needing to be subscribed to the mod on the Steam Workshop.

Furthermore, the update adds characters to the game with special heads modeled after five prominent Arma developers. These are the result of an R&D project to test Bohemia’s new photogrammetry rig and the related workflow. This system should help to make the process of texturing faces and modeling head shapes more detailed and efficient for Bohemia’s future games.

The 1.86 platform update, also referred to as the Warlords Update, is now available for free for everyone who owns Arma 3. The complete changelog can be found on the Arma 3 website. For those who want to learn more about Bohemia’s plans for Arma 3 in the next year(s), be sure to check out the recently posted Roadmap 2018 Update devblog.