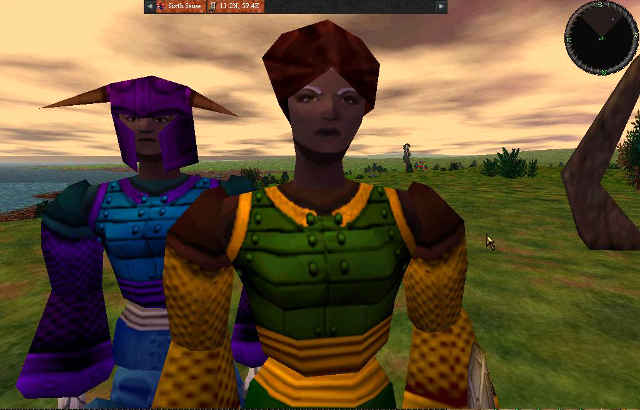 Asheron’s Call is one of the best old school MMORPG’s. It went live in 1999 and forever since had a strong community and a thriving scene. It was first published as a Microsoft title even though Turbine Entertainment was the company behind it. The developer has decided to shut down Asheron’s Call servers on Tuesday the 31st of January.

This great dude has been playing the game since it’s launch in 1999, he will say goodbye to his online friends from England and all over the United states. In the video, the grandpa is sharing his funny stories from his Asheron’s Call days. For instance, the story when he came home drunk and lost all of his in-game gear. no doubt, this guy is hilarious. His Vancouver based grandaughter shared this video asking for players to recommend a new game for him.

After playing the game for almost 18 years, we know that the dude is dedicated. He played 3 months, 3 days and 3 hours with his character which is more than i have played dark souls by a wide margin. I wonder how strong his characters was. Even if you haven’t played Asheron’s Call, you can probably feel the grandpa’s pain. while i’m typing this words, there are still 12 days until the servers shut down. I recommend to you, get a taste of it before it becomes history.

What was your biggest gaming addiction? how many hours have you spent on a character? Please share your thoughts with us.